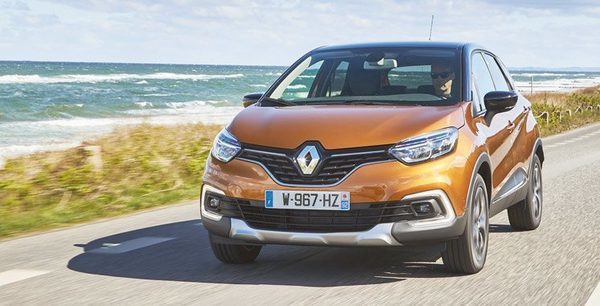 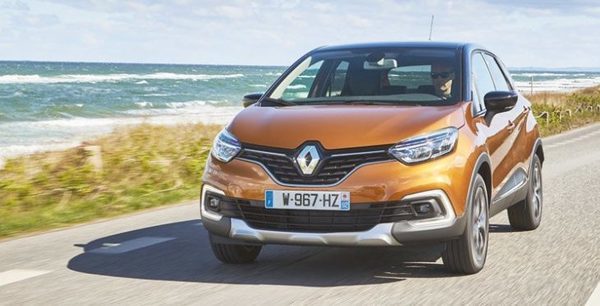 The Captur landed with an unprecedented shield, incorporating the new light signature “house”, shaped C. This is the most obvious, most visible detail to distinguish the Captur 2017 from the previous version.

In order not to let competition take its place, Renault Captur, SUV the most sold in Europe, has been pampered by the hands of experts to offer it dynamism, endow it with new technologies and make it more and more attractive .

This urban crossover is proposed for the first time in the Initiale Paris version and is expected to arrive in Morocco during the second half of the year.

What about the restylée version ?

Launched in 2013, Renault Captur arrives mid-career and says mid-career says restylage obliges. But the restylages, they are legion. Between those who completely transform the car and those who focus on the essentials, Captur chose to undergo a little everywhere but in small touches.

Naturally, the crossover has kept the fundamentals that made it successful, such as bi-tone.

However, we find a new shield, a new grille and many new options that allow to customize Captur. Indeed, the Captur landed with an unprecedented shield, integrating the new signature signature “house”, shaped C. This is the most obvious, most visible detail to distinguish the Captur 2017 from the previous version. But the 4.12 m long crossover offers other aesthetic novelties, notably in terms of personalization: in addition to new body colors, French now benefits from lateral protection that the owner can choose the color. The car reinforces its offer of personalization by proposing three new shades of case:
orange atacama, Blue ocean and black amethyst (on the Initiale Paris version) and a new roof tint: platinum gray. More than 30 different combinations are proposed to allow each one to create his own Captur.

True, there are no revolutions on the Captur, but there is enough to allow it to remain at the top level in terms of sales. Moreover, let us recall that it sold to 215,000 in Europe during the year 2016.

On board the Captur, the “Easy Life” glove compartment is always present. Very practical to take an object while driving. On the other hand, this task will not be done with the same facility when the passenger seat is occupied. The stowage that occupies the top of the center console has been slightly closer to the occupants. In addition, the sliding seat is kept on 16cm which makes it possible to pass the volume of the trunk from 377 to 455 liters of load.

Previously, Captur’s cabin was not unanimous. Renault has of course heard it and has, it seems, responded in the best way. The interior thus gains in refinement with qualitative plastics, finer chrome and more sober colors. The steering wheel is made of materials that are even more rewarding. On high versions, it is in full grain leather. The shift lever adopts an even more modern style. The door panels have been redesigned, integrating the controls. The ceiling lamp incorporates LED lighting and individual reading lights.

For the exterior, restyling appears light, but the Captur will easily recognize its new LED daytime running lights housed in its shield. Like the latest models of the brand, Captur is equipped, according to the versions, with front lights full LED “Pure Vision”. This technology improves aesthetics as well as safety, while being less dazzling. On the lower part of the shield, Captur incorporates LED daytime running lights in the shape of a “C”, thus adopting the brand’s signature signature. The rear lights also incorporate this luminous signature, visible both day and night.

Note that the grille grille is also larger for more homogeneity in the range. The protections are also more present, thus affirming the spirit SUV of the car.

Captur evolves to strengthen his kinship with his older brother Kadjar. The grille grille evolves and is similar to that of the other crossovers of the Renault brand, including a chromed rod. The shield integrates, in the front as well as the back, new skis affirming the side baroudeur of Captur. Four types of rims are available on the first three levels of equipment: two 16-inch, Extreme & Adventure; Two of 17 inch, Emotion & Explore.

In order to make the most of a good driving experience, the new Renault Captur is full of tech. The unique experience of the proven Bose premium audio system aboard the new Nissan Micra transforms the cabin into a true auditorium, delivering authentic and clear sound with a high level of sound realism. This sound experience is made possible by a system featuring six high-definition Bose speakers and a subwoofer in the trunk.

A wide range of engines.

The wide range of six types of engines leaves the choice.

On Captur, the available diesel versions are: dCi 90 (available as a manual or automatic transmission) and the dCi 110 coupled to a six-speed manual transmission. Equipped with the Stop & Start and the Brake and Deceleration Energy Recovery System, this engine delivers 110 horsepower at 4,000 rpm and torque from 260 Nm to 1750 rpm. It relies on a new turbo architecture and on its low inertia allowing it very short response times at low speed. The petrol versions are: Energy TCe 90 manual gearbox and the TCe 120 with manual or automatic transmission. In addition to the EDC double-clutch automatic transmission, officials believe that this manual gearbox targets cost-conscious customers who wish to have complete control over the driving of the vehicle.

Thus perceived, one does not change a team that wins: the Captur evolves only in detail certainly but retains the qualities that have ensured the success. It is therefore likely to remain at the top of the sales of crossovers.