Neymar to Paris to “dream bigger” 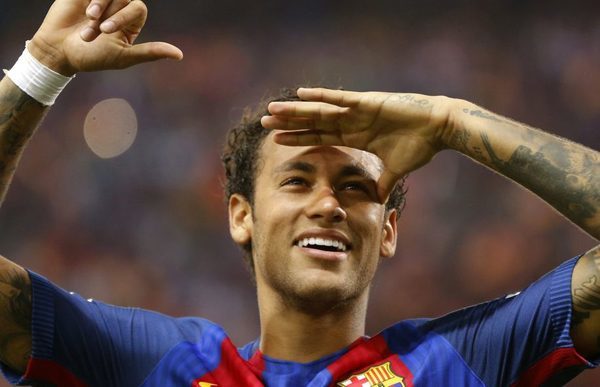 Photo: Daniel Ochoa de Olza Associated Press
Neymar, accustomed to the honours since the age of 18, did not become the player the most expensive in history, pulled off in Barcelona against the 222 million euros of its clause withholding.

“I wanted a bigger challenge” : the brazilian superstar Neymar has landed on Friday in the capital to marry — already — the slogan for his new club, Paris SG, who never ceases to “dream bigger” since its acquisition by the Qatari.

It is here ! The brazilian striker of 25 years, suit and tie and brand cap badged Neymar Jr in Paris, has rushed to 13: 40 in the press room at the Parc des Princes, under the crackling incessant flashes of the photographers : “very, Very happy,” were the first words of the captain of the Seleçao, relaxed and comfortable throughout the press conference.

Neymar, accustomed to the honours since the age of 18, did not become the player the most expensive in history, pulled off in Barcelona against the 222 million euros of its clause withholding.

Saturday, it will be presented to the public of the Parc des Princes stadium, from 15: 45 p.m., prior to the resumption of the season in the French Championship, with a game against promoted Amiens.

But the Brazilian will not be able to do so on this occasion its first formal steps in the jersey of paris : the LFP has not received the international certificate of transfer enabling him to qualify Neymar for the meeting, announced that the LFP to the AFP.

Regardless, the story of Neymar football player of Paris SG will be written soon.

Friday, of his departure from his home catalan shortly before 8: 45 a.m. local Barcelona airport, to its arrival via a private jet at le Bourget airport, just before 11: 00, the change of life at the Brazilian has been tracked by the entire world.

Greeted on the tarmac by Maxwell, fellow and assistant directeur sportif, the new star of PSG have joined the Parc des Princes in convoy, via a hook and a stop of nearly an hour at the american hospital in Neuilly.

“I want something bigger, I want more of a challenge,” said the Brazilian, who came to PSG ” for the ambition of this club, very similar to mine “. “This has been one of the most difficult decisions of my life,” he added.

“I was very good in Barcelona, in the city, in the club, this has been a moment with a lot of tensions, thoughts on what I should do with my life. I leave many friends behind me, but the football, this is it, our life goes very quickly “, he explained.

Neymar was able to measure its popularity with a bath of crowd of three minutes at the exit of the Park, with smoke and hysterical screams in the program.