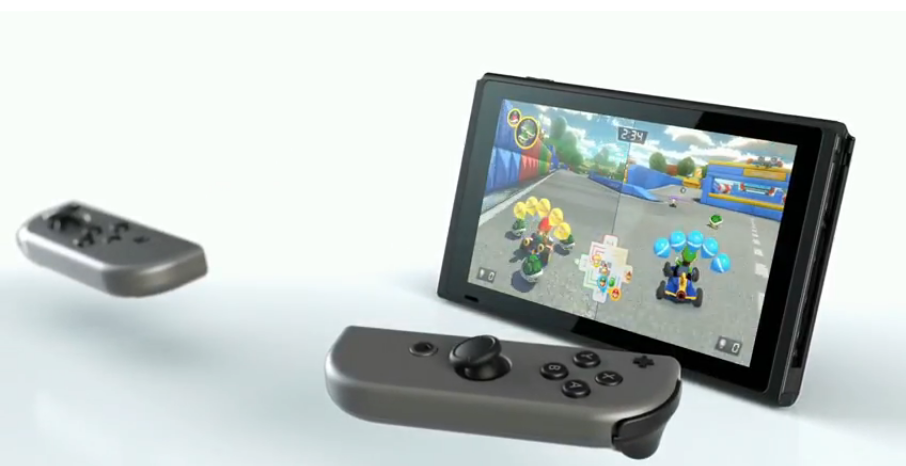 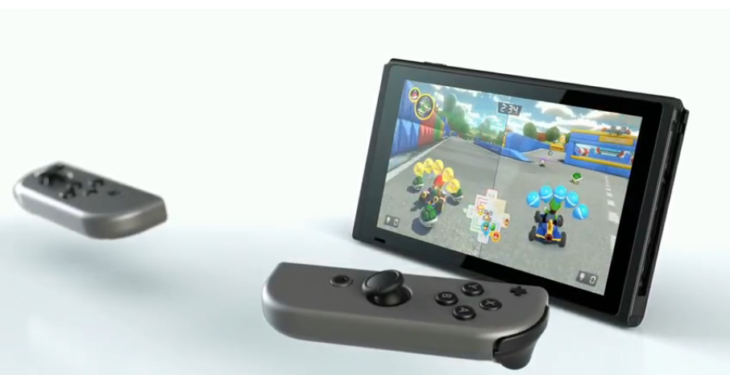 Now the Nintendo Switch conference is done and dusted, what have we learned?

Here’s all the details revealed on what you can play, when you can play it and how much it will cost you.
Releasing around the world — including Australia — on March 3rd, the Switch will cost $469.95 in our local currency. That’s only a small price premium on top of the $US299 asking price (which translates to $AU399 before any local GST or the cost of shipping consoles to Australia) but slightly more than the ¥29,980 it will cost in Japan (which translates to around $AU349, again before any local taxes or costs).

Being a portable console, battery life is a big deal – and you’ll be looking at anywhere from “2 and a half hours to 6 and a half hours” depending on what you’re playing. There’s wi-fi connectivity on the touch-enabled console and you can connect up to eight of them at once.

Those controllers – called “Joy-Con” because “we hope they bring you joy” (awww) have a whole lot of features – accelerometer and gyro sensors, analog sticks that can be pressed like buttons, a home button, and an NFC Reader/Writer for Amiibos. There’s a capture button too, which will be able to capture video “in the future”.

The controllers come in blue or red as well as your basic version, and there’s wrist straps not unlike found on the Wii-motes. The right JoyCon has a motion IR camera in it and a HD rumble pack can imitate ice cubes dropping into, and then shaking in, a glass. Pretty cool.

1 2 Switch, a game where you duel without looking at the screen
Arms, a fighting game where you punch IRL, with long Inspector-gadget inspired arms
Splatoon
Super Mario Odessey
Xenoblade 2
Fire Emblem Warriors
Dragon Quest Heroes 1 & 2
Shin Megami Tensei
Octopath Traveller
Skyrim
Something From Suda51 that doesn’t have a title yet
Fifa
The Legend of Zelda: Breath of the Wild
But there’s a whole lot more out there as well.

The best news though? No region locking on software anymore.

We’ll keep you updated as we decipher what was shown in the flashy video montage at the end.