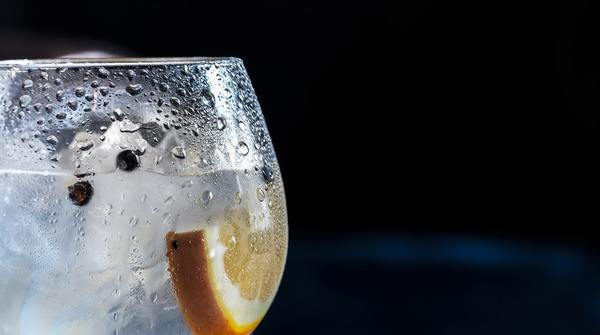 Nutritionists explained how water helps to lose weight
This method is very popular in social networks and forums.

“I want to lose weight — drink more water!” kindly recommend and nutritionists, and people who lost weight. But really H2O — the same miracle cure for slimming? About it writes Rus.Media.

Many scientific experiments clearly proved the link between drinking and weight loss.

Take the Stanford study, which involved more than hundreds of women with excessive body mass.

Scientists selected those who drank less than 1 liter of water a day, and just changed their water, increasing fluid intake to approximately 2 litres. The study lasted one year. All this time, the weight and waist circumference of the subjects were regularly measured. And in the end, the researchers found that the water caused weight loss: every woman without changing lifestyle, dropped to 2 pounds.

Another study was conducted in schools. In 32 schools of Germany installed the drinking fountains so that children could quench their thirst at the first opportunity. And students gave a few lectures about how useful it can be water.

And again, the results are impressive: at the end of the school year revealed that regular drinking reduces the risk of overweight by 31%. The study involved nearly 3,000 children of primary school age.

So saying “drink and be slim” can be considered statistically proved. But let’s see what does this account of physiology.

Science: from water to lose weight, and here’s why

In the water, as studies show, there are a set of properties that can speed up weight loss (or keep in shape if you are overweight). Here they are.

Enough to drink 500 ml (about two glasses of water and after 10 minutes the rate of metabolism will increase by 30%, and the effect will last at least one hour. If a day you drink 2 liters, it would be tantamount to the loss of about 100 calories. About as much you would lose if half an hour swim in a quiet pace, 40 minutes walking or a little more than half an hour wash the floor.

Note: if you drink cold water, calorie consumption will be more, because the body has to spend energy on heating the water to body temperature.

If you quench your thirst with water, so you don’t satisfy it other beverages which can be much more nutritious: lemonade, Cola, sweet tea, juices, fruit drinks, milk. Seems a trifle, but it’s actually lower calorie content quite significantly: on average, studies show, a lover of water consumed per day is almost 200 calories less than someone who is not in control of what you drink.

To prove this, researchers selected 50 women who are overweight and suggested that those drinking 500 ml (2 cups) of water thrice a day half an hour before Breakfast, lunch and dinner. More ladies in no way restricted.

In eight weeks it was found that in women decreased appetite: to be satisfied, they had less food than before. That is, they consumed less calories and lost weight. The average weight loss over 8 weeks was approximately 1.5 kilograms.

The fact that water really helps to lose weight or to keep fit, does not mean that today you should drink, drink and drink again.

On norms of consumption of water is around 3.7 liters per day for men and 2.7 l for women. Where is all the water that you get: including soups and juicy fruits.

To exceed these standards is not recommended, so as not to meet with such an unpleasant and even dangerous phenomenon of water intoxication.

To the liquid it is important to refer to the medicine: in small doses, almost useless, in large — becomes poison. So stick to the above of the Golden mean, and you will lose weight.