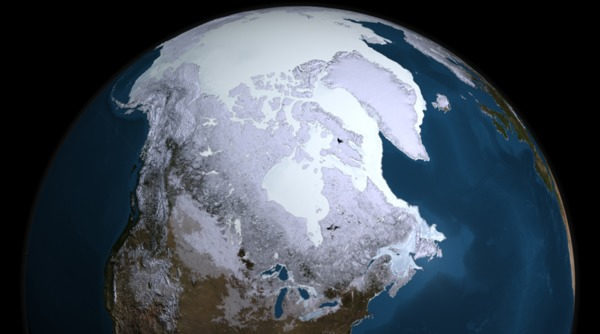 On Earth is soon coming global cooling
There is evidence that the Arctic has suddenly increased the area of ice cover, and solar activity declined to minimum age, it is possible to indicate for the coming cold.

European satellite recorded an increase in the mass of the ice cover in the Arctic, which in the autumn was already 9 000 cubic km solar Activity over the last 100 years reached its minimum. All this may indicate the possible global cold, informs Ukrmedia.

Scientists say that people need to prepare for the Maunder minimum (from 1645 to 1715, when came the “little ice age”, and was recorded the coldest times in the 500 years of observation) because the fall in solar activity could lead to a decrease in temperature in the oceans.

It is noted that now the planet is in the next interglacial warm period, and should prepare for the coming of a new ice age. Interestingly, the results of the study of the Arctic day allowed us to determine that three of the previous interglacial period was much warmer than the present, and the average temperature was higher by 1.5-2 degrees.

Proponents of the cold argue that these circumstances indicate that the warming of the Earth is not caused by human activity, and is a normal natural process. Causes of fluctuations are not yet installed, but they point to the need to shoot people with accusations of global warming.