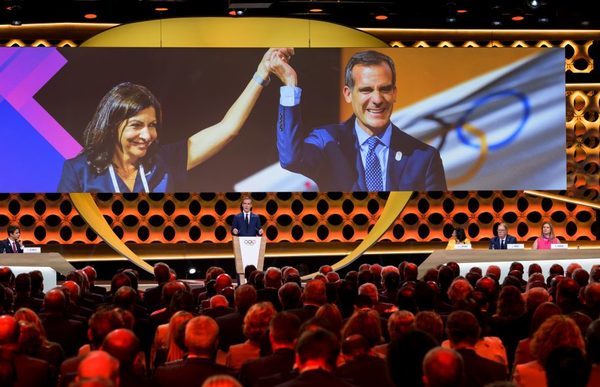 The international olympic Committee made it official on Wednesday, the awarding of the olympic Games in 2024 in Paris and the olympic games of 2028 in Los Angeles.

This is the first time that two games are granted at the same time. For the past year, the IOC president, Thomas Bach, was in a situation where there were only two candidates for 2024. He did not want to see losers.

When Los Angeles held the Games, it will be 32 years that they have not been held in the United States in the summer, since Atlanta in 1996.

Los Angeles gets at least $ 300 million, an amount compensatory to help alleviate unforeseen delays that could result from eleven years of waiting, rather than seven.

In contrast to the powers of the past, there has been no secret votes or revelations and dramatic end of the election. Bach has only asked that the hands go up. When dozens have done so, and that no one has moved about oppositions, the decision has been declared unanimous.

The mayor of Paris, Anne Hidalgo, has wiped away the tears. Tony Estaguent, figurehead of the French efforts, has also been very moved by it. “You can’t imagine what it represents for us, he said. For all of us. It is so strong. “

Casey Wasserman, who presided over the nomination of Los Angeles, said that this choice ” reflects who we are and a way to be “cool” unique to California. It is the color that will have these Games of 2028. “