Paris bound traffic because of 15 cm of snow : In the World : Vladim 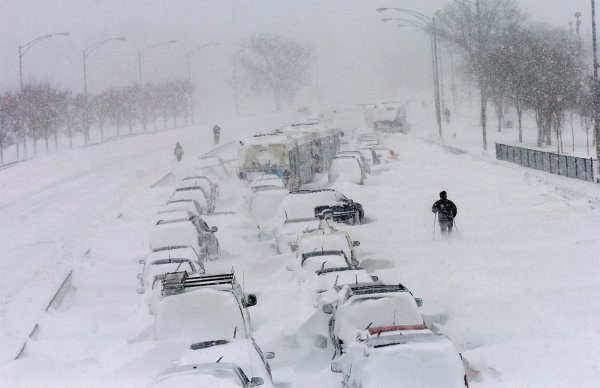 In the vicinity of the French capital, as in Paris, at the moment the traffic is almost paralyzed due to the large amount of precipitation over a short period in the form of snow.

More than 15 centimeters of fresh snow covered many of the streets of Paris, causing multiple traffic accidents due to road surface, which is quite many. All 15 centimeters of snow cover was formed for one night up to the morning of 7 February in the capital of France there was a strong snowfall. City authorities called on residents of Paris to refuse from the use of personal vehicles, but hundreds of motorists stranded on the most busy streets are still in traffic.

Public transport in Paris at the moment completely paralyzed, and in addition to domestic flights, a large part of commuter buses also proved incompetent. The Eiffel tower is still closed to visit.