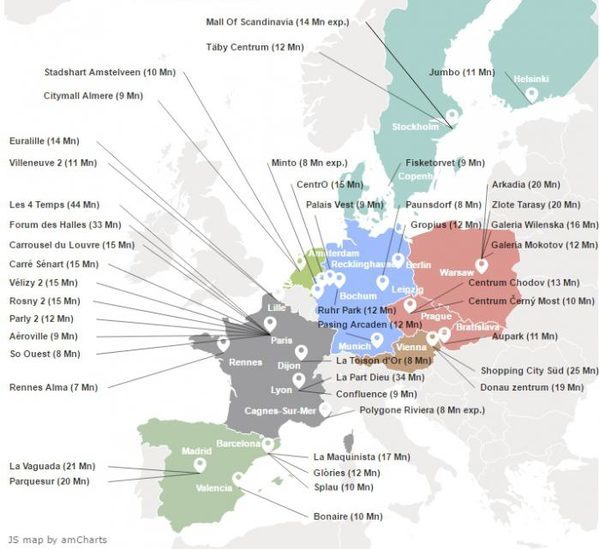 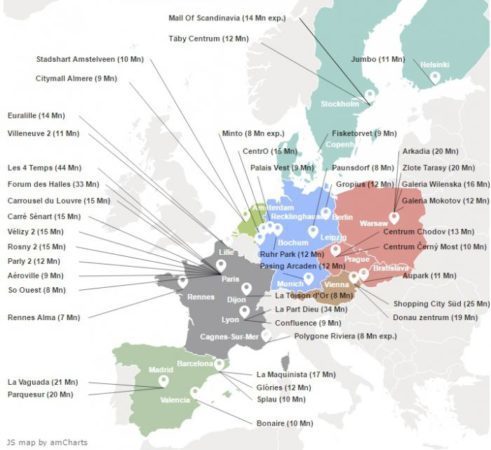 Good news for all players: many new pokestops and arenas will make their arrival all over France, following a new partnership between Niantic and a company holding shopping malls throughout Europe!
It’s been a while since Niantic announced its willingness to launch partnerships around the world with various brands for Pokemon Go. It started in the last few weeks with the first partnership with the Sprint brand and the Starbucks brand, Especially in the USA. So far, the partnerships have not been felt in France too, but this is about to change: many new Pokestops will be opened all over Europe (including in France) in various shopping malls! We were able to learn that Niantic was able to establish a partnership with Unibail-Rodamco, a partnership that will be realized through the addition of numerous Pokestops in the shopping centers owned by Unibail-Rodamco. We invite you to discover a map of these partnerships below, as well as where they will be located.

Many new Pokestops and arenas in France!

One of the leaders of Unibail-Rodamco was able to approach the subject in a Swedish site, Fastighets världen: “We have an historic agreement with Niantic, we work together to improve the experience of visitors to our shopping centers with their innovative games augmented reality ” , was able to start Jean-Marie Tritant. We know well that “each of the shopping centers targeted by this partnership will launch a large number of Pokestops but also arenas to encourage trainers to visit these places in a fun and social atmosphere” , at least that’s what John thinks Hanke, the boss of Niantic. Moreover, regarding the arenas, we could return during the weekend on a tip to pause in the fighting Pokemon Go! Attention also to the players using double counting to mount Arena level 10 in Pokemon Go! Is this good news?