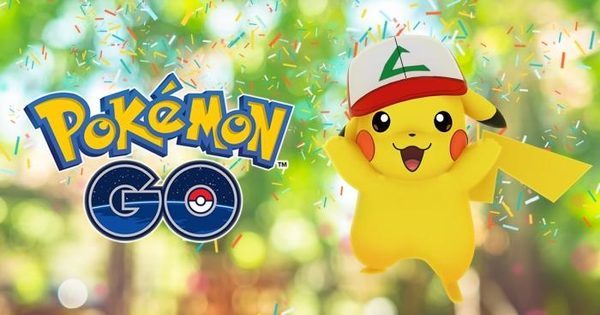 Pokemon GO arrives with an event to celebrate its first year! The app blows its first candle with a new Pikachu and gifts.

Hey yes, now that the Pokemon GO madness has started, attracting millions of players through a global phenomenon. And if there were rumors about a Pikachu shiny that would happen in Pokemon GO, that’s not the case at all. Indeed, it is finally a Pikachu decked out of the cap of our dear Sasha that will be captured during the duration of this special anniversary event. With the upcoming release of the film Pokemon I choose you retracing the story of the two friends, it falls rather well. The event takes place from July 6 at 10 pm to July 24 at 10 pm.

But this is not all, the current event also gives the opportunity to afford a special birthday box that includes 6 incubators, 6 max reminders, 20 Hyper balls, as well as 2 raid passes. It is available on the application shop of course. What else is offered if not? … Ben nothing! So we have a non-shiny Pikachu and a box to pay for the first year program, we’ve already seen better event with the Solstice of Pokemon GO for example, but hey. Hoping that the next one is more joyful at the level of the festivities.