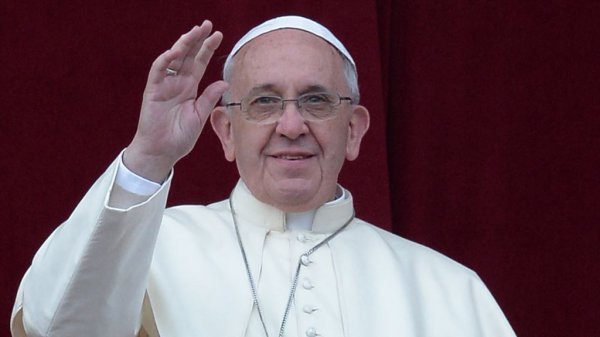 Pope Francis celebrates 81st anniversary. The reigning Pontiff was born 17 December 1936 in the Argentinian capital Buenos Aires. Over 1.2 thousand years, he is the first representative of the New world, who became head of the Catholic Church.

Francis is shy, he prefers to live in a simple apartment, palaces are not interested in this man. Before becoming a priest, he worked as a security guard in a bar as a janitor and laboratory assistant. Fate led him to spiritual life. Vatican officials have reported that the birthday of Francis receives congratulations from around the world.

The Pontiff will spend most of the day in St. Peter’s square. He will start with prayer “angel of God” to the assembled children. Before Christmas Pope Francis will meet with believers and speak to them on “And there’s room for you“. The Pope calls all to love and respect. He met with the Patriarch of Russia Kirill and head of the Russian Federation Vladimir Putin in 2016.