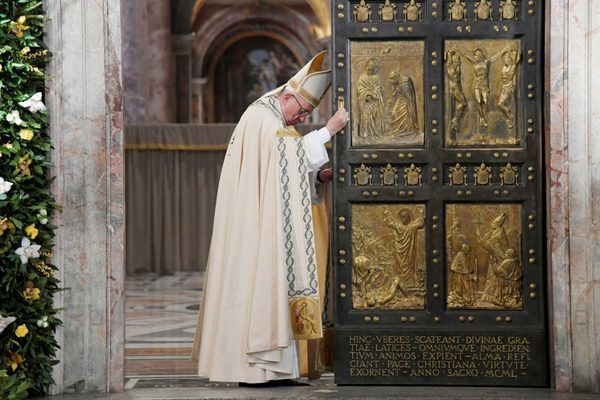 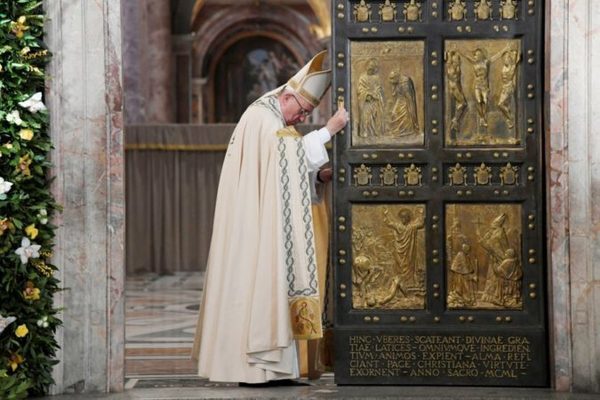 Pope Francis extended Monday the spirit of the Jubilee of mercy maintaining the possibility for all priests to absolve abortion and establishing a global day of the poor.

“The Jubilee is over and the holy door closes. But the door of mercy of our heart always remains wide open, “says the Argentine pontiff in this letter to whoever will read it and called Misericordia and leverage (mercy and compassion).

Repeating that God’s forgiveness has no limits, he called all priests to be generous in receiving the faithful confession.

“For no obstacle stands between the demand for reconciliation and forgiveness of God, I concede to all priests, starting from now, by virtue of their ministry, the power to absolve the sin of abortion” the pope writes.

It prolongs a provision that had been planned only for the duration of the Jubilee, as so far only the bishops and some priests had specifically mandated the possibility to absolve a woman who aborted or a person who helped them.

“I would like to reiterate all my might that abortion is a grave sin, because it ends an innocent life. However, I can and I have to say with the same force that there is no sin that can reach and destroy God’s mercy when she finds a contrite heart, “he says.

At the same time, the Pope continued in the mission of “missionaries of mercy”, a thousand super-confessors present in the world and responsible for the Jubilee recover the sheep that the Church has lost with conviction messages too strong.

outstretched hand as the fundamentalists

Always for the sake of being inclusive of divine forgiveness, the Pope also extends the validity of absolution issued by fundamentalist priests of the Society of St. Pius X.

This community founded by Archbishop Marcel Lefebvre, who broke with Rome in 1988, was hailed as a “fatherly gesture” this provision made for the jubilee, although it regularly denounces excessive church benevolence towards the world contemporary.

After marking this holy year by a series of gestures bumper for a procession excluded, the Pope also referred in his letter to evidence of “imagination” to find new ways to address the poorest .

“The world continues to produce new forms of spiritual and material poverty that attack the dignity of persons. It is for this reason that the Church must always be alert and ready to identify new works of mercy and apply generously and enthusiastically, “he insists.

As a sign of this concern, Francis establishes a “World Day of the poor”, which takes place every year in mid-November Sunday, in the tradition of the Jubilee of the homeless who helped bring thousands of excluded 13 November Vatican.

“It will be a day that will help communities and every baptized person to reflect on how poverty is at the heart of the Gospel and the fact that both (a poor) git at the door, it will not be justice or social peace, “he explains.