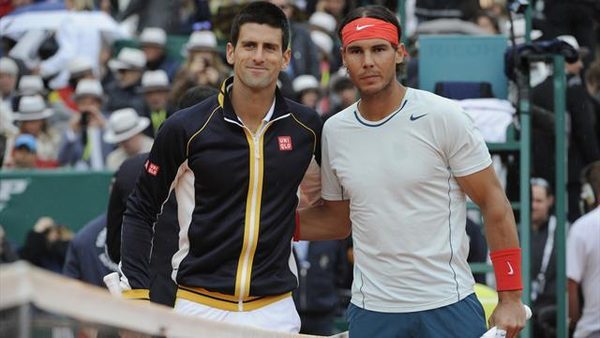 In the semifinals of the tournament in Madrid, 30-year-old host Rafael Nadal will meet with 29-year-old Serb Novak Djokovic.

Rafael Nadal vs Novak Djokovic preview
Nadal is currently the strongest tennis player in the world, despite the fact that the Spaniard takes only the fifth place in the ATP rating. Raphael comes to the semi-finals with a series of 13 consecutive victories, winning two titles in succession in Monte Carlo and Barcelona. This is not counting the three defeats in the finals this season, plus strong and stable tennis throughout the year in Madrid, Rafa has already won three wins, defeating Belgian Goffen 7: 6, 6: 2 without a problem in the quarter-finals. In total this season, Nadal has 37 matches and 32 wins.

Rafael Nadal vs Novak Djokovic prediction
Djokovic holds one of the weakest of his seasons in the last 10 years. The current semifinal for the Serbs is only the second in 2017, it was better that he only appeared in Doha becoming the champion in January, after which he only disappointed his fans. In the semi-final Novak came out without a fight because of injury to his opponent in the quarter finals Kay Nishikori, who withdrew from the tournament without leaving the court. In 20 games this year the Serb scored 16 victories and conceded 4 times, for comparison in the last three seasons he suffered 8, 6 and 9 defeats, winning more than 60 times.

Nadal and Djokovic met with each other, even scary to write 49 times. First played June 7, 2006, through a confrontation 26:23 in favor of Novak, who won the last 8 personal meetings with the Spaniard. But now in the first 3-4 years the situation has changed, Rafa in excellent form, and Nowak plays unconvincing. Bet: the victory of Rafael Nadal.