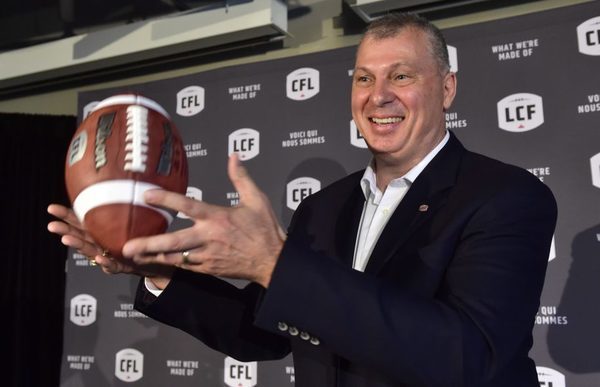 Photo: Frank Gunn, The canadian Press
Randy Ambrosie replaces Jeffrey Orridge, who has resigned from his position last month after nearly two years in the post.

Toronto — The canadian football League has confirmed that Randy Ambrosie became the 14th commissioner of its history.

The hiring of this ex-player who has subsequently enjoyed tremendous success in the business world has been officially announced during a press conference held in Toronto, Wednesday.

He replaces Jeffrey Orridge, who has resigned from his position last month after nearly two years in the post. It is the chairman of the board Jim Lawson who was acting as interim commissioner since then.

Ambrosie inherits a circuit which is facing serious difficulties, including a lack of support from supporters, residents and aging infrastructure in Calgary. It has said it wants to target the problems that the league could deal with each of the teams.

“I want to help all the teams to work on issues that are important to their eyes, said the new commissioner. The teams are our customers, we need to find a way to support them. In Calgary, it may be of help to their stage. In other cities, we will have other challenges to face.

“I would very much like to lead a team of dedicated people, who will work with the teams to solve the most important issues in their eyes. “

The Argos, for a long time one of the cornerstones of the CFL, know, since few years with low audience. The team drew 11 219 fans for his defeat to the Lions of British Columbia on Friday, the lowest crowd to be present at BMO Field since the team will dispute its local events.

There were only 13 583 persons to the opening match the previous week, against the Hamilton Tiger-Cats.

To be considered for the post when Orridge has been hired, Ambrosie has played nine seasons in the CFL as an offensive lineman with the Calgary Stampeders, Toronto Argonauts and the Edmonton Eskimos. He won the Grey cup in his final campaign with the Eskimos in 1993.

The 54 year old man, a native of Winnipeg, has also been involved with the Association of the players of the CFL.

When he left the football, Ambrosie became the sales director for North America of HSBC group Securities, before joining Investments AGF, as manager of sales and marketing. In 2006, he was appointed president of the company.