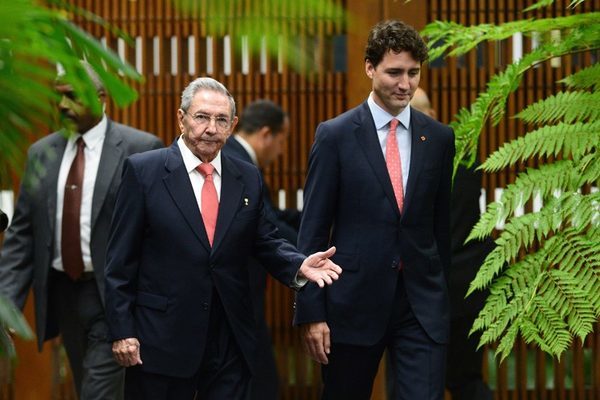 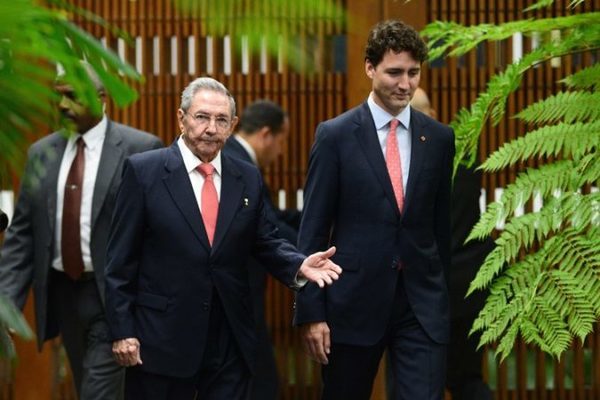 The restoration of relations between Cuba and the United States is not as fast as the Obama administration or some Cubans would like, said Cuban President Raul Castro on Tuesday as the first day of the first visit Minister Justin Trudeau to Havana was ending.

The younger brother of the revolutionary hero Fidel Castro asserted, however, that Cuba could not go forward quickly, arguing that other countries had sometimes been too quickly without considering the needs of their population. In some cases, this care has resulted in job losses, he argued.

Raul Castro has nevertheless stated that he wished that discussions do “quickly but steadily.” He launched this message while meeting with Canadian Prime Minister in a large room of the Revolution Palace.

Justin Trudeau’s visit is the first by a Canadian head of government in Cuba for nearly 20 years. This is the initial stage of a trade mission and policy of a week that will also lead the Premier in Argentina and Peru.

Mr. Trudeau intends to increase the investment opportunities in Cuba for Canadian businesses, in a context where the Cuban government has decided to relax its rules for foreigners to do business in its territory.

The recent election of Donald Trump, the US, however darkens the picture, while the Republican said he wanted back as to the thawing of relations initiated by the outgoing president, Barack Obama.

Justin Trudeau praised, before meeting face-to-face with his counterpart, the positive role that Canada has played over the years with Cuba, adding that he was hopeful that the two countries would arrive at to face the challenges ahead.

“The friendship between our families is deep and lasting, but it’s nothing compared to the free (relationship) between all Canadians and Cubans,” said he said citing the famous friendship between his father, Pierre Elliot Trudeau and Fidel Castro. Justin Trudeau said he was committed to continue to strengthen those ties.

The meeting at the Palace of the Revolution took place several hours after the Canadian Prime Minister to be landed in Havana. A state dinner was scheduled in the evening.

According to Statistics Canada, about 1.3 million Canadian tourists stayed in Cuba in 2015.

The “lider maximo” had come to Montreal to attend the state funeral of Pierre Trudeau in 2000.

Justin Trudeau is scheduled to meet Wednesday for students at the University of Havana and civil society organizations. He will leave the communist island in the evening and headed for Argentina.