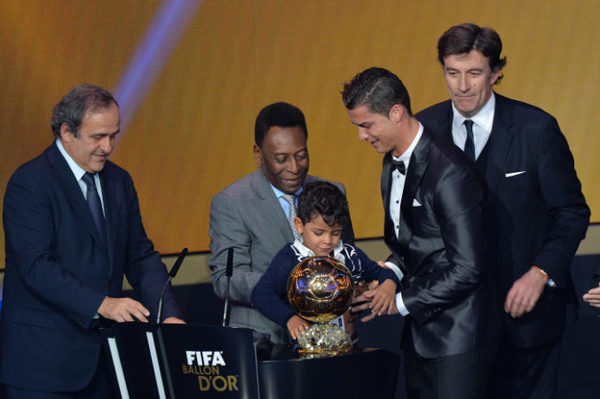 His flourishing career is obviously not enough: Cristiano Ronaldo, the star of Real Madrid, would like his son also embraces a football career.

Even if he has just extended his contract, Cristiano Ronaldo will not be eternal. The prospect of finding a successor to the 31-year-old winger already gives the merengue ringleaders a few cool sweats. Maybe they should just turn to … CR7 Junior. Asked by Egyptian string One E , the Portuguese international has indeed admitted to strive for his son to follow the same path as him.

CR7 does not want his son to become caretaker …
“Of course, I want Cristiano Junior to become a footballer like his father. I know it’s a big challenge, it will not be easy. He will be what he wants to be, I will not force him. But I’m going to push him a bit to make him a footballer. No goalkeeper, striker rather ” , slyly slipped the recent Golden Ball. If the talent is hereditary, Cristiano Ronaldo Jr has indeed all interest to evolve to the forefront ..