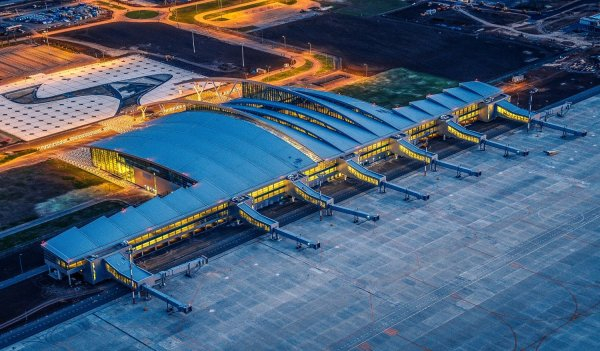 The new airport of Rostov was held in the final stage of the international contest held by the Kingdom for the title of most outstanding architecture.

The main rival of the airport “Platov” will be the French football stadium. The composition of the main jury included the brother of the Queen Elizabeth – Duke of Gloucester – who is also the patron of this competition and the head of the Commission.

From more than 100 applications for participation the highest ranking was awarded Rostov airport and the French football stadium. We remind you that the airport “Platov” started its work at the beginning of this month.