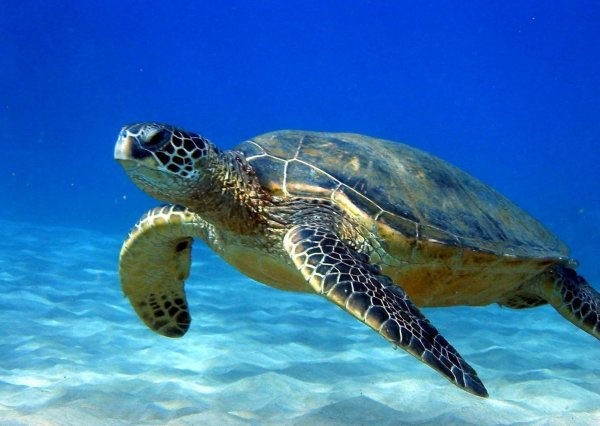 Us sailors rescued a turtle that became entangled in the bales of cocaine. All team coast guard cutter “Thetis” was discovered 800 kilograms of narcotic substances and one turtle.

The incident occurred in the Eastern Pacific ocean. The unfortunate animal was entangled in the ropes, which fastened the cargo to the buoys smugglers. The cargo was estimated at 53 million dollars. The length of the ropes was 22 meters. Turtle tried in vain to extricate himself, she hurt her neck and flippers, but the efforts were in vain.

It is unknown whether the animal was hoping to rescue when it spotted the crew of the “Thetis”. However, a turtle is rescued, and the drugs seized. It occurred on 19 November and 17 December, the sailors returned to port. At sea, they spent 68 days. During this time, they confiscated more than 8,000 pounds of drugs at $ 135 million. For drug trafficking was arrested 24 persons.