Saleswoman in Bashkiria have detained the thief-the recidivist 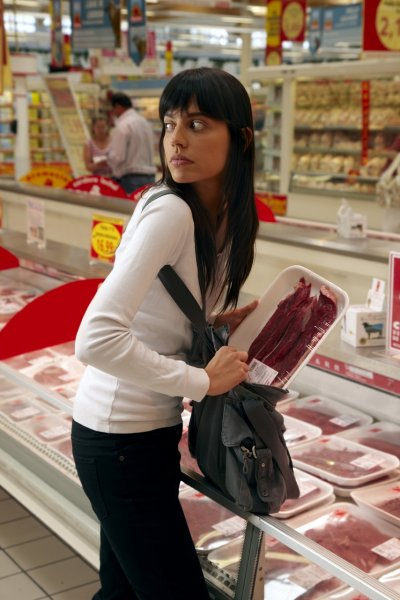 Two fragile women, who worked in one of the grocery stores in Bashkortostan, independently, on their own, held the detention of the kleptomaniac recidivist and his partner.

Employee of a grocery store closely followed the buyer, who was acting very suspicious. A man long in racks with expensive products, touching the product, put it in the basket, and then went back and pretended that returns back on the shelf. However, the video, filmed on a CCTV camera shows that all these manipulations are made only for the blind. The man just pretended that returns the goods, and he discreetly put them in his pocket. All this time in front of the cameras it was protected by a woman who, apparently, came with the thief. Two employees of the store immediately responded to the incident and knocked down the man on the floor, taking all the products. Then called the police and handed over the thief to law enforcement.