Scientific discoveries and inventions that changed the world beyond recognition 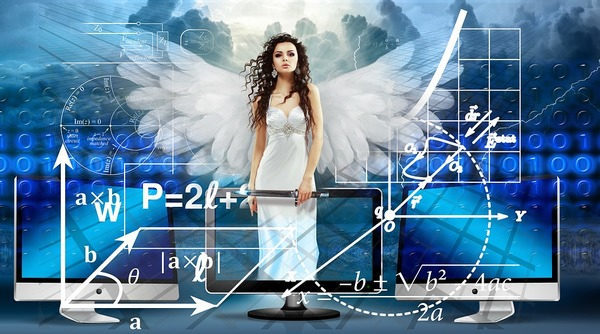 Today, many can no longer live without a tablet PC and a cordless electric drill, but what about the inventions that came before it? People began to innovate from the very beginning of its existence, as a result, the world became the way it is. And yet among a huge number of inventions are really iconic, which changed the world radically, reports Rus.Media.

Stone tools. Stone tools were the earliest technology of mankind, invented over 2 million years ago Homo habilis, an early human ancestor. The simplest tools known as the pioneers of the “scrapers” were stones with sharp edges, made using the cleaving edge of another stone. Such a tool could be used for cutting, sawing, crushing or destruction. Without this enhancement, mankind would never have known about these seemingly simple actions.

A daguerreotype. The first successful photograph, the daguerreotype, was invented by Louis-Jacques-Mandé Daguerre and by Joseph Nicephore Niepce in the 1830s. During the first attempts to Niepce required the exposure time is 8 hours and Daguerre has reduced this time to 20 – 30 minutes. Today it is possible to photograph everything we want, instantly.

Saxophone. Although some musical instruments there for many centuries (the age of the oldest flutes are at least 35,000 years), the saxophone is a relatively recent invention. The first saxophone was patented by Antoine Joseph sax in Paris in 1846. It was the first tool that unites the tube (as in the clarinet), copper bell (in a tube). Without his unique sound people would never have heard jazz, and none of the musical styles that followed.

Bessemer process. Bessemer process enabled mass-produce steel. It was a huge innovation in the construction industry, which has led to significant achievements. This process was invented independently and simultaneously by sir Henry Bessemer (England) and William Kelly (USA) in the 1840-ies. Although today for the production of steel, different methods are used, and the Bessemer process is considered obsolete, he was the first. Without it there would be tall buildings that exist today.

Celluloid. Celluloid, the first synthetic plastic, it is extremely important to modern life. It was developed in the 1860s and 1870s by the industrialist and inventor John Wesley Hayatta. Not been plastic bags and utensils, or cheap hours. In addition, celluloid began to make film used in movies.

The Phonograph Of Edison. Cylindrical phonograph Thomas Alva Edison gave the music a wider public. It was the first type of player that used foil sheets and vibrating the stylus. The invention of 1857 was far from a modern iPod, but it marked the beginning of “portable” music. After all, before the advent of the phonograph, if people wanted to listen to the song, they have to find someone who would have performed it for them.

The Wright brothers ‘ plane. The list of inventions would just be incomplete without mention of the historic flight of the Wright brothers. In 1903 the Wright brothers demonstrated that a plane can make a flight under control of the pilot. It was a real feat which had never been able to achieve. This invention has changed everything from travel to shipping.

Andconoscope and tube. Transmitting television tube “iconoscope” television tube and each of the “kinescope” was invented by Vladimir Kozmich Zworykin, an American engineer from Russia, in 1920-ies. The image transmission from one place to another, not only allowed to watch your favorite TV shows on Saturday morning, but also made possible the instantaneous dissemination of news and other important information around the world.

Microchip. Modern electronics simply would not have been possible without the integrated circuit, which was invented in 1958 by Jack Kilby. Integrated circuits also known as an important “microchip”, which is the “heart” as the smartphone and the vehicle.

PC Apple II. Those who read this list would not be able to do that without the invention of the personal computer. In 1977 Stephen Wozniak introduced the Apple II COMPUTER, which may have paved the way for widespread home personal computer. Since then, Apple has become a famous brand and the computer has evolved from what once occupied an entire room, the device that can fit in a purse or pocket.