Scientists have found a universal “language” to communicate 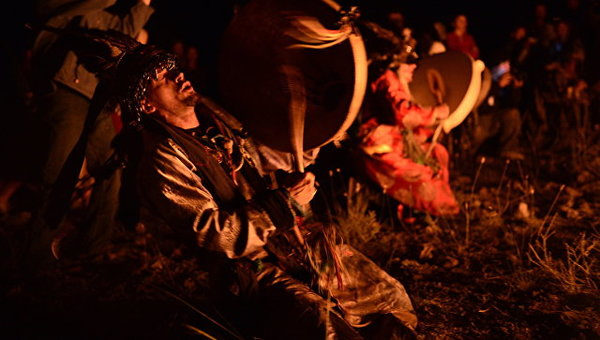 Scientists have found a universal “language” to communicate
The results exceeded expectations of scientists,

A group of scientists from Harvard University found that music can serve as a universal language for people of different Nations and cultures, reports Rus.Media.

To such conclusion researchers have pushed the results of the experiment, where 750 participants from 60 countries invited to listen to excerpts of musical works created by 86 representatives of traditional communities — for example, the Australian hunters or herders and Arctic Russia. Listeners had to identify the purpose of a melody a lullaby a love song or music for spiritual rituals”, a dance or a hunt.

Experience has shown that ignorance of foreign cultures did not prevent the participants to correctly identify the function of music. The majority of respondents easily recognized the lullabies and dancing songs, but many stumbled on the lyrics of love and healing compositions that are used in rituals.

Overall, the results exceeded expectations of scientists, and the researchers decided to conduct another experiment. Respondents were asked to perform the composition: for example, to call a number of soloists, the gender of the performer, to identify a melodic pattern. Collectively, the two experiences showed that the “genres” have predictable characteristics, which are understandable to most people.

“This means that we studied the cultures of the songs for the dances and spiritual rituals have enough in common to universal was considered not only the melodies but also the way they are done,” explained one of the authors of the study, cognitive psychologist Samuel Events.

At the same time, scientists suggest that the participants were users of the Network — it was easy to pass the test, because they all belong to the same culture, but people in remote regions of the world to cope with the task would have been much more difficult. In order to remove these doubts, the researchers plan to repeat the experiment in isolated groups, which will include people from the Bolivian Amazon, are not familiar with the culture of the West.