Scientists have found the speed with which “loses weight” the Sun 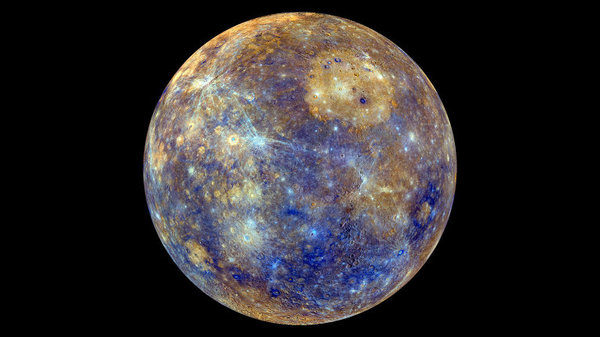 Scientists have found the speed with which “loses weight” the Sun
The sun, like other stars, is a giant natural fusion reactor.

Monitoring the displacement of the orbit of mercury helped scientists to calculate the exact speed at which the Sun is “losing weight” due to thermonuclear reactions and the solar wind, say the astronomers, reports Rus.Media.

“We managed to solve one of the most fundamental and important problems in solar physics by applying methods of planetary science. We are interested in looking at problems from a completely different side, we were able to obtain more accurate estimates and to approach a new understanding of how to interact with each other the Sun and planets,” said Erwan Mazarico (Erwin Mazarico) from space flight Center of NASA Goddard (USA).

The sun, like other stars, is a giant natural fusion reactor that converts the energy released during the nuclear fusion of hydrogen and other light elements, light and heat. In addition, the Sun continuously emits into space a huge amount of hot plasma in the form of so-called “solar wind – a stream of protons, electrons and other particles accelerated to very high speeds.

For over 50 years, since this phenomenon was opened by the Soviet probe “Luna-1”, scientists are trying to understand how is solar wind and how it affects the behavior of the sun and the eight planets of the Solar system.

The most obvious consequence, as noted, Mazarico, is that the Sun is continuously “losing weight”. Ejected matter nothing is populated in the result, the weight of the lights gradually decreases. Theoretical estimates show that for all the time it should lose about 0.1 mass% and this is expected to significantly affect the orbits of the planets.

For example, the time when the Sun will exhaust the reserves of “star fuel” and turn into a red giant, Earth is removed from it by about 150 thousand kilometers, and the orbit of Mars, Jupiter or more distant planets will shift even more. This will affect their potential habitability and how they will interact with asteroids and comets.

However, these estimates are extremely inaccurate – until now astronomers did not know how fast “losing weight,” the Sun and how quickly “run away” from him planet. This riddle, as noted, Mazarico, helped to resolve mercury.

Mercury, explains the scientist, is located about three times closer to the Sun than the Earth, so the decrease in the mass of lights much stronger impact on the state of its orbit and the distance between the point of maximum approach to the star and the maximum of removal from it. In particular, the most rough calculations show that for the two years orbit of mercury needs to be displaced approximately two meters.

Such shifts would be impossible to spot from Earth, but the orbit of mercury, worked the MESSENGER probe that can accurately measure how much time to spend radio waves to travel to Earth and back, and how much they stretch.

These data allowed Mazarico and his colleagues not only to calculate the exact speed at which the Sun loses mass, but also to test the theory of relativity and figure out how much our light is different in shape from a perfect sphere.

The calculations showed that every year the Sun is “losing weight” is about 179 trillion tons, equivalent to about 3.5% of the total mass of the earth’s atmosphere. This value, astronomers say, slightly below theoretical estimates, but in principle they correspond to.

Other dimensions, according to Mazarico show that the behavior of the lights fully consistent with the theory of relativity that allows the use of such observations to predict the fate of the Solar system and the study of the history of its formation.