Scientists made a sensational statement about the origin of life on Earth – Rus.Media 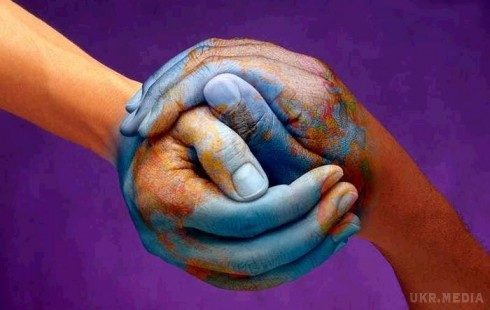 Scientists made a sensational statement about the origin of life on Earth
Japanese scientists have proved that life on Earth over half a billion years.

Japanese geologists found in the North-Eastern canadian deposits of organic species, which suggests that life has had to exist on Earth at least four billion years ago, reports Rus.Media.

The first living organisms appeared on Earth during the Archean era, and while there is no generally accepted point of view about how and when life began. To date, there is some fossil evidence that germs already existed in the primary ocean of the Earth about 3.4 billion years ago, but many scientists believe that life could arise much earlier in this level.

Three years ago, Japanese geologists have found hints that life has existed on Earth for about 3.7 billion years ago, studying samples of graphite from Greenland. Last year, scientists discovered the first unambiguous evidence for the existence of life in that era, and in 2015 they are found in Australia approximate traces of living organisms inhabiting the Earth’s oceans 4 billion years ago. Recently, the British geologists found hints of the existence of microbes that lived on Earth almost immediately after the birth of the planet, 4.28 billion years ago.

Akizumi Ishida from Tokyo University (Japan) and his colleagues discovered traces of life in Greenland, continued digging, trying to find other deposits of graphite, “molded” from the remains of the first living organisms on Earth.

These deposits, scientists searched for already well-established technique for studying the structure, chemical and isotopic composition of the oldest rocks formed on the ancient continental platforms. Usually graphite of biogenic origin give two things – a low proportion of “heavy” carbon-13 and the special structure of its grains, which includes many elements similar in shape and size of cells of bacteria and archaea.

Similar deposits of ISIS and his associates found in the North-East of Canada, near the city of St. John’s, the capital of the island of Newfoundland. Inside of local rocks that were formed about 3,95 billion years ago, scientists found many small cavities, which contained graphite.

This discovery forced them to split in about one hundred and fifty stones from Newfoundland and to study in detail the isotopic composition of these inclusions and to analyze their form. Japanese geologists found about three dozen of graphite, which meet both the criterion of biological origin.

A large number of samples of graphite has allowed ISIS and its colleagues to disclose details of what looked like the life that spawned them, and in what conditions it lived. For example, a fairly high proportion of yttrium and other rare-earth metals indicate that the first microbes the Earth did not live in freshwater lakes and in salt water. Today, many scientists doubt the idea, pointing to the lack in the primordial ocean of the Earth many critical elements, such as boron or manganese, present in large quantities on the land.

In addition, low concentrations of “heavy” carbon in these deposits indicates that these bacteria feed on hydrogen or pure organic matter using the energy to convert molecules of carbon dioxide (CO2) to carbon monoxide and to use it to synthesize amino acids and other “building blocks of life.”

This, in turn, confirms one of the most popular theories today about how it looked like LUCA (LUCA), the common ancestor of all living beings that lived in the vicinity of underwater volcanoes or hydrothermal vents. Further excavations, as Japanese scientists hope, will help complement his portrait with new details.