Sexiest women – who are they? The opinion of men 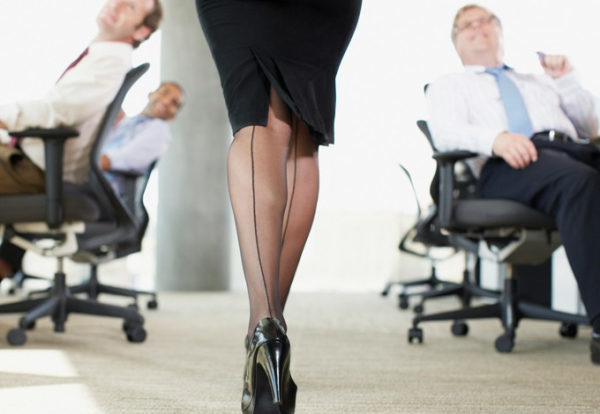 Sexiest women – who are they? The opinion of men
Women tend to decide for men what they think is sexy and what isn’t. But, contrary to stereotypes, not every blonde with a big chest men are ready to call desirable. What are the qualities of a really attractive woman?

Of course, the most logical conclusion – men like women with different looks. Still, some quality not leave indifferent any representative of the stronger sex. So, who men unanimously ready to be considered sexy Babes?

Allan and Barbara Pease’s book, “Why men want sex and women love” report on the study, which was attended by girls from 13 to 28 years. Psychologists asked them only one question: “are you Satisfied with your appearance?” As you can guess, 86% of respondents answered: “No!” They said they are willing to go under the surgeon’s knife to be beautiful. But it turned out that her husband couldn’t care less (at least, according to the authors) on the imperfection of the women in that case… he’s infatuated. The authors write: “When a man fascinated by a woman, stretch marks on her stomach seem sexy, big hips sexy, and thin hair – the perfect haircut”. But what makes them admire the girls with imperfect appearance? Many men respond without hesitation: “Confidence.” Apparently, this explains the fact that sometimes the most beautiful (according to women) girls are popular in men, reports Rus.Media.

“If we talk about appearance, we pay attention to posture, gait, skin elasticity, tender hands and soft hair,” says the member of one of the surveys on the topic of female sexuality. It turns out that often men appreciate the appearance of women, based on not for aesthetic reasons, unconsciously they form an idea of its fertility: wide hips can give birth, large Breasts – will be able to feed, healthy skin and shiny eyes healthy. For the same reason they make a choice in favor of the young girls (of reproductive age), and adult women, realizing this, often keen to hide their real age.

With a good figure

“In General, men like the parts of the female body that are not similar to their own. Where he flat – the woman vividly. Where he rigidly – it should be soft” – written by Allan and Barbara Pease. The fact that male and female idea of the ideal female body are different, found the American psychologist Paul Rosen. During his experiment, he showed participants photos of women with different body types – from owners of model parameters to full ladies. Slimmer than the girl was, the more women said: “This is what you need! I would also like to look like that”. However, the most attractive men called women of medium build and mostly with type figure “hourglass”.

Long been known that scent of a woman greatly affects men on a subconscious level. Indeed, nature is so inherent that each person produces their own unique flavor, which can be both attractive and repulsive. Therefore, scientists call this process “chemical communication”.

Scents that influence sexual attractiveness, are called pheromones. They begin to produced by the body from the time of puberty, it is often at this time there is a heady feeling of first love.

Under the influence of various factors, both physical and emotional, to develop their own unique perfume can change. For example, at the time of ovulation (mid-menstrual cycle) is the natural scent of a woman is most attractive to men. But scent of a woman with an imbalance of sex hormones, by contrast, can be repulsive.

As its own flavor of people feel not able to do that and to catch such a subtle change in the balance of pheromones, unfortunately, impossible. A key indicator of the proper balance of hormones is the menstrual cycle. If the cycle is too long or too short, if you have PMS or pain in “these days”, it is necessary to take action. Experts in the field of gynecology is recommended to reduce stress, balanced diet, sleep well and take certain vitamins and minerals in each phase of the cycle. Unfortunately, in rhythm of modern life, a daily compilation of diet depending on the day of the cycle is difficult to perform.

Today science has gone far ahead! Especially for girls and women scientists have developed a unique two-phase vitamin and mineral complex Ciclovia . All very logical and simple – two-phase menstrual cycle is supported by a two-phase complex. Cyclovia helps to gently take care of the balance “female hormones”, restoring the correct rhythm of the female cycle to a woman’s smell was intoxicating love scent.