Sony: We tested the SRS-XB40, the stylishly designed speaker and the powerful sound 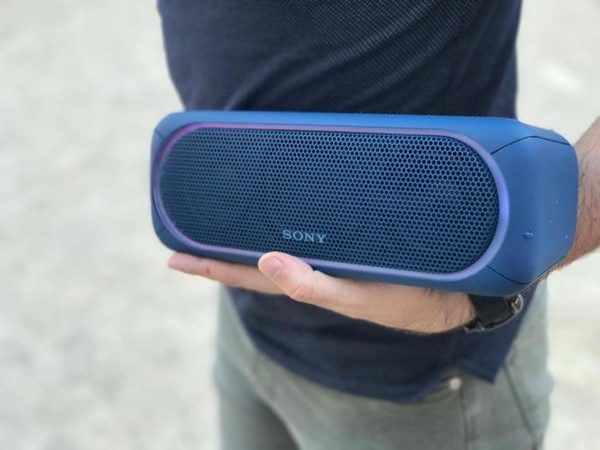 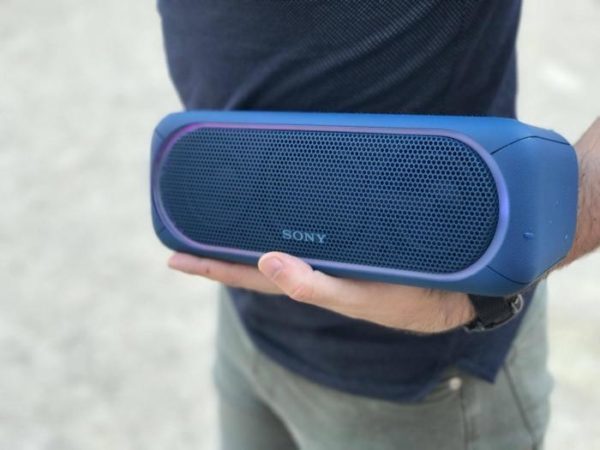 We spent a few weeks with the SRS-XB40, Sony’s EXTRA BASS speaker. We explain why it will help you to spend an unforgettable summer.

We are not going to lie, summer is the most pleasant season of the year. It is synonymous with aperitifs, swimming, walks and evenings between friends. The SRS-XB40 is the perfect time to enjoy, thanks to its design and optimized performance. Presented during the CES 2017, the new speaker Sony arrived at the editorial office at the same time as the fine weather. We used it for several weeks in a row, to measure the full extent of its qualities … And the first thing that challenged us is none other than its look, which perfectly combines elegance with modernity. As you can see in the video above, the SRS-XB40 is distinguished by super stylish light effects. Several multicolored LEDs are integrated in the front panel, for a nightclub atmosphere of the most successful. Note that the colors are controllable via the Fiestable app, which allows to adjust them according to your tastes and your desires.

As stylish as it is, the Sony SRS-XB40 is not the most compact speaker on the market. It is 279 x 100 x 105 mm, and weighs about 1500 g. You will certainly not run the marathon by having it on your back, but that will not prevent you from carrying it in your bag or in your tote bag to go in the evening. Very easy to use, the Sony speaker has several control buttons on the top panel. They allow you to start / pause a song, answer / hang up a call, pair it with another speaker, increase / lower the volume, or activate the Extra Bass function. Nothing’s easier ! Whether you’re familiar with Sony-designed products or not, you’ll have no trouble handling the SRS-XB40. Note that a jack, a USB port, and a Reset button are located under a hidden back panel.

The design and interface of the SRS-XB40 are not the only things that will be useful to you in the evening … You will also appreciate its resistance to water (IPX5 certification), its 24 hours of autonomy, Function Party Chain allowing it to be paired with 10 simultaneous wireless speakers. Really not bad! But what about the sound provided by the Sony enclosure? This is precisely the point we wish to address. Like the SRS-XB20 promoted by Darty, the SRS-XB40 is part of the EXTRA BASS range. By pressing the dedicated button, the bass stands out a max which is really hitting with the pieces lending itself to this functionality. Nothing like partying at the beach or on the docks! All the more so as the sound remains clear and precise when you push the volume of the speaker … The SRS-XB40 does not lack power, you can assure it. But it is still necessary to recognize that the rendering is less cool when the basses are shallower, especially in classical music.

The Sony SRS-XB40 is NFC compatible, allowing you to pair it with your smartphone or tablet at high speed V. Ideal for enjoying music without having to wait. You can also use it to make your calls but frankly, we can not advise you. The quality of the microphone leaves something to be desired, and you will have difficulty to make you understand … At meltyStyle we attempted the blow, and we quickly abandoned. The smartphone, there is nothing better to call! To sum up, it looks like the SRS-XB40 is a complete enclosure with many qualities, including design, sealing and functionality. The lovers of basses are sure to appreciate it … If you are part of it, know that it is available at 223 euros on Amazon. And why not buy the Sony Xperia XZ Premium currently on sale to accompany it?