SpaceX launched its “dragon” with the satellite 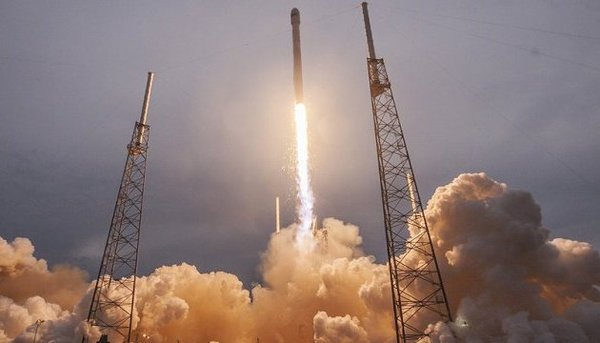 SpaceX launched its “dragon” with the satellite
On the third attempt, but no disasters.

Us company SpaceX and the national space Agency of USA, NASA conducted a successful launch of the Falcon 9 rocket with a Dragon companion, which will deliver cargo to the International space station, reports Rus.Media.

The launch took place at 10:36 local time from the spaceport at Cape Canaveral, Florida.

“The spacecraft company SpaceX Dragon include almost 4800 pounds (of 2.17 tons) of payload for research, food for the crew and equipment,” – said NASA.

It is expected that the satellite will be delivered to the ISS on Sunday, December 17, on the same day scheduled to dock ships.

As reported, the launch of the rocket Falcon 9 with a cargo companion Dragon was originally scheduled for Tuesday, December 12. However, through various technical reasons, including the need for additional testing of the ground systems, the launch was postponed, first on Wednesday then on Friday.