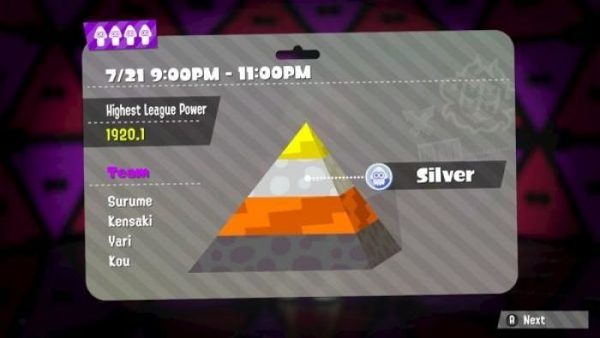 If you missed the Splatoon 2 Direct yesterday no worries! Catch up here by discovering all the info of the next Switch hit.

That the people deploying the lack of vocal chat and therefore of teamplay in Splatoon 1 are reassured, Splatoon 2 will have a voice chat through the mobile application of the Switch. Even better, it is possible to play now at Splatoon 2! Finally, in a way, because by going to download the game Splatoon 2 Splatfest World Premier on the Switch eShop, it is possible to create his character, make a tutorial, and vote for the first festival of the game. Will take place next July 15th from 6pm to 10pm, which will be playable for free before the game is released, which will be recalled on July 21st.

As usual, it is possible to customize the Inklings up to the color of their eyes. It will of course have even more equipment during the next many maj proposed. A new game mode named League Battles is emerging. It allows to play with his friends in team of 4 in order to become the best team of the League. Of course, the Salmon Run mode which is the equivalent of a zombie mode in Splatoon 2 will also be present. The solo mode is also back, it will be necessary to leave in search of Ayo, one of the two sisters Calamazones. However, we are still waiting to see what the title will propose the level of the game to 2 players, which had been the great weak point of the first.