Svitolina triumph at the Rogers Cup, beating Wozniacki in the final 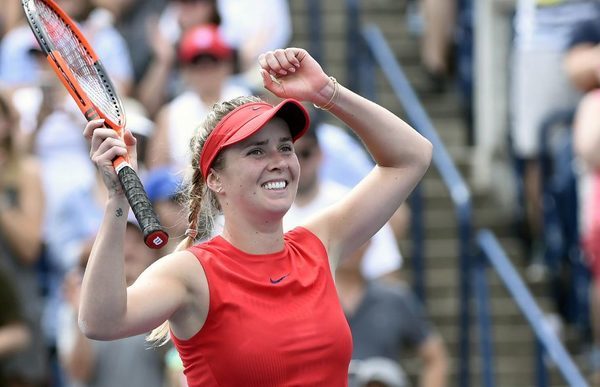 Photo: Nathan Denette, The canadian Press
The Ukrainian Elina Svitolina reached a peak staff taking the fourth place in the ranking of the WTA.

Toronto — The Ukrainian Elina Svitolina has won the Rogers cup in Toronto on Sunday, defeating in the final, Caroline Wozniacki, 6-4 and 6-0.

The young woman of 22 years has managed six breaks, putting an end to the debate in an hour and 18 minutes.

“I’m just very glad that this is finished, said Svitolina. And with a title, it is even more special. “

Svitolina has laid hands on a fifth title this year, after those won in Taiwan, Dubai, Istanbul and Rome.

“I was really very tired after the first game of the first set, said Svitolina. I knew I had to give everything because Caroline doesn’t make a lot of mistakes… Emotionally, I was relieved when I won the first round and I have played better subsequently, in the second set. “

“I couldn’t believe that it was finished and that I raised the trophy. “

Because of the rain that befell the Queen City on Friday, the Ukrainian had to play his match of quarter-finals on Saturday morning. Tired from the previous day and attempting to heal a minor injury to the Achilles tendon, she did not expect certainly not to pass to the next round.

Before the beginning of the day, Svitolina had not even taken the trouble to make a habit of spares for the semi final match, which would take place the same evening, and had already bought his ticket in the direction of Cincinnati.

It was, however, dislodged from the fourth racket world, Garbine Muguruza in three sets in the quarter-finals, before defeating Simona Halep, who was the champion in title, in order to pass to the final.

Richer 501 975 $ canadian, Svitolina will also a top staff with a fourth position in the ranking of the WTA tour on Monday.

Wozniacki, sixth-seeded, was defeated in his six presences in the finals this year.

The player of 27 years was trying to win the tournament for a second time, having won in 2010, in Montreal.

“It was a tough day,” said Wozniacki. She has played well. It has diversified the pace of the game and she made me the difficult task. “

Svitolina got three breaks in each round. Wozniacki has signed a two-break in the first set, but his rival has won it in his second ball round, there will also be a strike that is too deep in the Danish. The second tranche of the match was one-way.

“Obviously, I would have had to give more, pointed out the Danish. It was trade more in length, then normally you have the chance to have more unforced errors. But that’s life. “

Since 2004, pane women’s Rogers Cup has been won by 13 athletes different.

In the doubles final, the favourites are Russian, Ekaterina Makarova and Elena Vesnina, defeated the pair of Czech-German consisting of Anna-Lena Groenefeld and Kveta Peschke 6-0, 6-4.