The Alouettes need to find the middle against the Lions 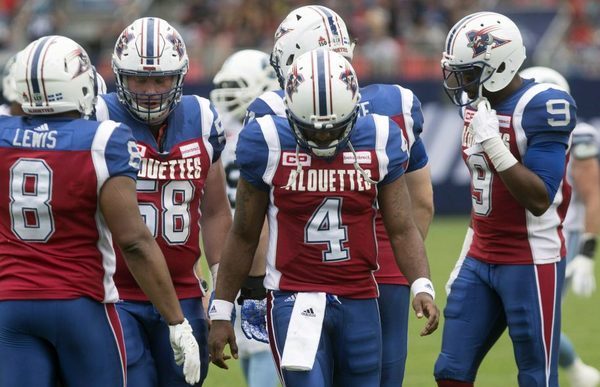 The Alouettes (3-7) both know an ugly sequence with three losses in a row.

Another week, another match, but always the same speech with the Montreal Alouettes, who will deliver another meeting “extremely important” to the Lions of British Columbia, on Friday night in Vancouver.

The Alouettes (3-7) and the Lions (5-5) both know an ugly sequence with three losses in a row. What’s more, the two clubs will fight possibly to the same place in the knockout stages of the canadian League by the end of the calendar, since it is almost already acquired a club from the West will benefit from the rule of the cross to take the third place giving access to these meetings in the East.

“You could say that, yes,” admitted centre Luc Brodeur-Jourdain a little earlier this week. As we lost our first match against them [23-16, July 18], we must now win by a margin more important. In the case of a crossing, and then we would have the tie-breaker. “

This will not be an easy task for the troops of Jacques Chapdelaine as go to steal a victory at the B. C. Place. Since the team has returned to the CFL in 1996, the Alouettes have won six of 21 games played at the home of the Lions, and only two in the course of the past 16 campaigns.

The problem of the offset

Brodeur-Jourdain had an interesting theory to explain the lack of success of the Alouettes in Vancouver all these years.

“For the teams of the East, the offset is a problem. This is not to look for excuses, but to put that in perspective : when you play at 19 pm in Vancouver, physiologically, it is 22 h for you, he argues. At half-time, it is midnight and you are ending the meeting at 2 o’clock in the morning. There is a person who plays football like that. I’d be curious to see the card of the Lions to Montreal for the games played to 13 h : it is then necessary that they rise to the equivalent of 5 h in the morning for them. For them too, this must be difficult to play in Is in these conditions. “

Verification made with the CFL : Lions have a record of 1-6 in games played to 13 h or earlier in Montreal. The veteran centre key point.

“It’s your body that is like that,” he adds. At the same time, this is not an excuse to lose. The key to our two victories there [2010 and 2015], is that we scored early in the game and that is raised several yards on our first games on the floor. But when you play your game at 22 h, it may be that you are less explosive to begin with them, who are in their time zone. “

Quarterback Darian Durant agreed with his teammate about the commencement of the match.

“The key will be to initiate the meeting in force, said Durant, who will regain his position after having been withdrawn in favour of Drew Willy in the face of the Red and Black of Ottawa. When we play abroad, especially against a club that feels like us of difficulties, we must begin in force and show the same intensity as them. “

“It is to keep a good level of energy and a good state of mind,” said linebacker Kyries Hebert. If you approach this game with a negative attitude, this will be difficult. It is difficult only if you say that this will be. I got a couple of wins down there with a few different teams. Same club, two years ago, went on to win a victory there. “

Several players have not failed to stress that the victory of the Hamilton Tiger-Cats at the expense of the Toronto Argonauts had given a proud hand in the race for the playoffs. Instead of reaching to within three points of second place in the East in the event of a victory for the Argos (4-7), the Alouettes are still two points out of second place.

The plug of the teams Is not in good shape : none of them plays for, 500. In comparison, with a record of 5-5, the Lions, last in the West, occupy the first rank of the Association Is.

“I have the impression that it is the portrait of the East in four years,” said Brodeur-Jourdain. Although there have been difficulties in the attack, we have always been in the race. I do not remember to have found that with three or four games to do it, we were already excluded from the playoffs. “

If this defeat of Argos helped the Alouettes, the problem is that montreal did not take advantage of his chances this season with only three wins.

“What we lack, what are affected, noted Brodeur-Jourdain. I wish I could say otherwise, but this is what is happening now with our team. In the vast majority of [our losses], that is the attack that we have given these matches. Not because of our special units, not necessarily because of the penalties. To my eyes, it is because of our performance in the area of pay, penalties costly in the charging area, and the lack of concentration. It is this that makes it so that it does not mark any point. “

Let’s see if the Alouettes have understood the lesson.