The association between the Canadian and Mark Streit is complete 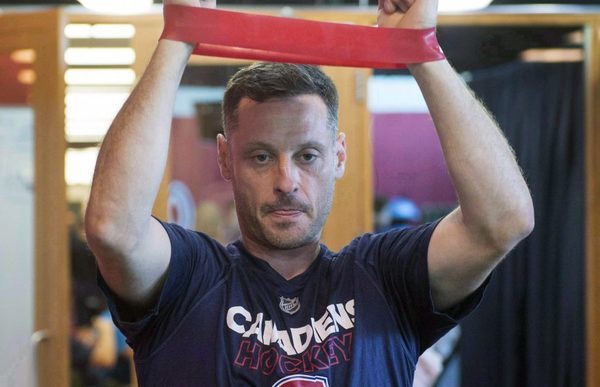 The direction of the Canadian of Montreal has confirmed that it has terminated its association with the defender Mark Streit.

Streit had accepted a contract for one season at a value of $ 700,000 on July 25, which allowed him to get back with the organization that had selected him in the ninth round — 262nd in total — in 2004 and has opened the doors of the national hockey League a year later.

However, the Swiss 39-year-old has experienced a training camp to be rather difficult and he has only taken part in two games of the regular schedule, the first two of the Canadian this season, during which he received no points and posted a differential of minus-2.

Subject to the voting on Thursday, Streit has not been claimed and the next day, the Canadian announced that he gave up to the Rocket of Laval. Streit, however, has chosen not to relate to and the direction of the team submitted his name shall be unconditional, Sunday.

The decision of the Canadian to break the contractual relationship with Streit has no impact on the salary cap.

In 786 games in the NHL, Streit has recorded 96 goals and 434 points. With the canadiens, he took part in 207 meetings and amassed 109 points, including 25 goals. He had his best campaign in 2007-2008, in the uniform of the Canadian, getting 13 goals and 62 points in 81 games. This year, he had been particularly productive numerical advantage, scoring seven goals and 27 assists.

Streit has also worn the colors of the New York Islanders, Philadelphia Flyers and Pittsburgh Penguins, he helped them win the Stanley cup last spring.

A spot opens up

By releasing Streit of its training of 23 players, the Canadian is able to make room for the defender David Schlemko. However, the latter did not accompany his teammates in anticipation of the trip of three games in California.

Schlemko has played a first game of the season, Friday, with the Rocket of Laval, and has been recalled by the Canadian Saturday morning, without, however, participate in the meeting on Saturday to face the Toronto Maple Leafs.

However, it seems that Schlemko is still bothered by an injury to a hand, suffered from the first day of training camp, and his first outing in the uniform habs will still have to wait.

The men of head coach Claude Julien are driven to San Jose on Tuesday for the matchup Tuesday against the Sharks, a formation against which the Canadian has not won in California in the last ten attempts, since 23 November 1999.

At its last four meetings in San Jose, the Canadian has scored only three goals and suffered two setbacks by laundering.