The Briton injured his throat, trying not to sneeze In the World : Vladim 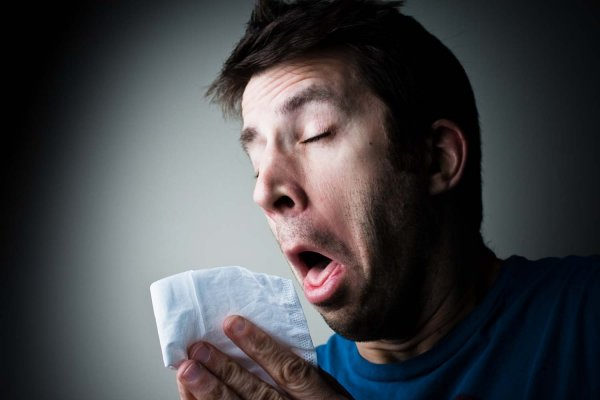 British doctors were informed about a curious incident. One of the residents of great Britain tore the throat while trying to hold back a sneeze.

34-year-old Briton went to the hospital with complaints of severe throat pain and almost complete loss of voice. Doctors noticed that when pressing on the neck can hear a typical crackling. During the examination the doctors found that in the tissue of the mediastinum has accumulated a lot of air, which led to the rupture of the esophagus. Doctors determined that the sharp intake of air occurred when trying to hold a sneeze. The man had to occur in a medical facility two months. For seven days the patient was fed only soft food through a tube and hardly spoke.

Doctors warn that attempts to hold back a sneeze by pinching your nose and mouth may cause serious injury, and in some cases even death due to diseases of the brain.