The Canadian reached the final in the diving 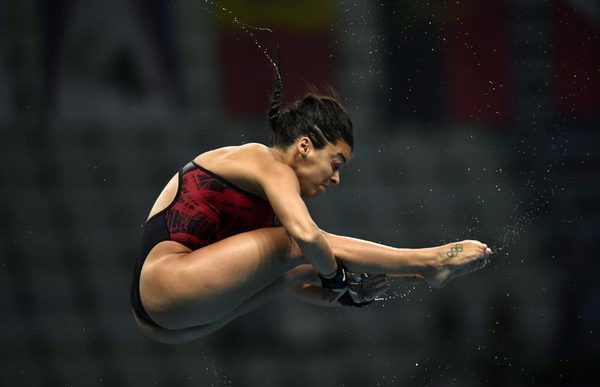 Photo: Tibor Illyes / MTI via Associated Press
The Canadian Meaghan Benfeito in the semi-finals of the women’s diving platform 10 metres

Budapest — The Canadian Meaghan Benfeito and Olivia Chamandy have reached the final of the tour at the world swimming Championships.

At lake Balaton, some 130 kilometers south-west of Budapest, the Dutchman Ferry Weertman has outstripped the American and defending champion Jordan Wilimovsky of a tenth of a second after nearly two hours in the water to put hand on the gold medal in the 10 km open water.

Marc-Antoine Olivier, winner of the 5 km on Saturday, completed the podium at seven-tenths of the winner. He became the first Frenchman to win more than one medal in the open water world Championships.

The medal of Weertman, olympic champion in the discipline, is the first in the netherlands to those in the World.

Budapest-Russia has won a sixth consecutive gold medal in the competition team technical synchronized swimming, his fourth gold medal at these world Championships. Maria Shurochkina, Vlada Chigireva, Veronika Kalinina Daria Bayandina Anastasia Bayandina, Maryna Goliadkina, Darina Valitova, and Polina Komar came last in the swimming pool and emerged with 96,0109 points. They were ahead of the Chinese (94,2165) and the Japanese (93,1690) on the podium.

In water polo, the canadians have enrolled in extremis their first victory of the tournament, scoring in the final second to prevail over China 9-8. This victory carries their record to 1-1 so far. Canada will play its last game of the round robin on Thursday against the Brazilian.