The collision of two objects “has created” an unusual galaxy 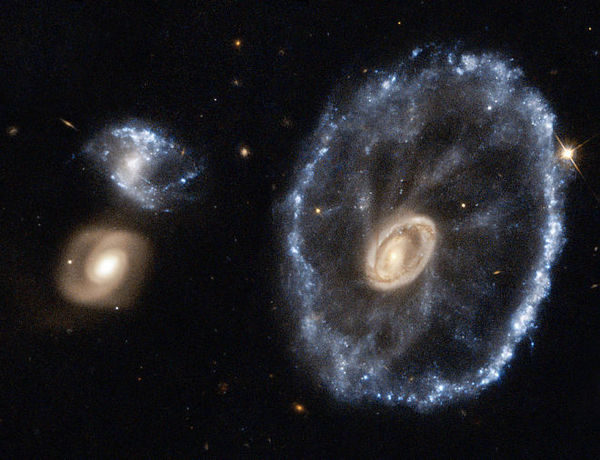 The collision of two objects “has created” an unusual galaxy
Depicted object is in the world 500 million years away, in the constellation Sculptor.

This week NASA published on its website a photograph of a galaxy the wheel of the Cart, reports Rus.Media. The photo was taken by a telescope “Hubble”.

Depicted object is in the world 500 million years away, in the constellation Sculptor. Form galaxies similar to the Kolles — the result of a galactic collision. The smaller galaxy has passed right through a large disc galaxy and caused a wave of dust and gas (about those which are formed on the water if to throw the stone). Ejected gas triggered the active star formation — the area of birth of new stars are marked by blue color. This outer ring the size of one and a half times more than the milky Way, and, in fact, the edge of the shock wave.

The photo was taken quite a long time ago and re-passed the post-processing in 2010.