The conductor was fired for sexy photos on the track In the World : Vladim 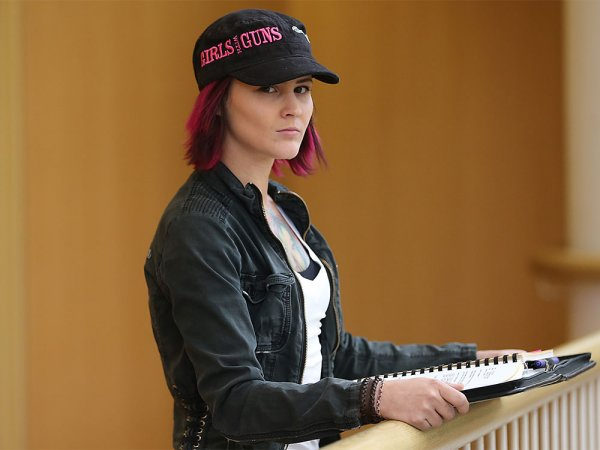 For the second time the canadian Pacific railway decided to take his conductor, who has repeatedly photographed naked in explicit poses on the rails, said representatives of the local press.

We are talking about Stephanie Kotelnikoff, which had previously appeared in the headlines of the press. Fired the girl was after an internal investigation conducted by the railway men of Canada. They were able to establish that the woman on a regular basis publishes in the network their intimate photos. Some of them she is completely naked, the other posing only in underwear. The decision to dismiss was made in November 2017, however, the press is told about it only now.

Stephanie argues that the real reason for her dismissal, in fact, became the video, which she openly criticizes the former head of the company in which she was listed by the employee. The woman claims that sincerely regrets the images on the rails, but isn’t ashamed of other photos, because he considers them “works of art” that she could not share.

As mentioned above, Stephanie loses his job on the railroad for the second time. The first incident occurred in 2015 after the collapse of the freight train, which was operated by a girl. Two years the woman spent in order to prove that the company got rid of her in order to hush up a complaint for harassment and just last year she finally succeeded.