The culprit of a terrible accident in Kharkiv pleaded guilty 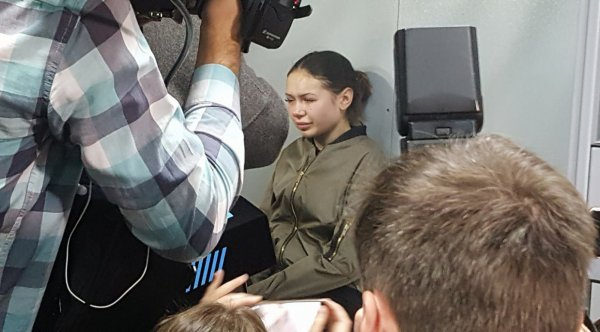 Zaitseva entirely admitted his guilt and repented of his actions. The girl tearfully asked for forgiveness from the relatives of her fault people and said that every day prays for the souls of those who died that terrible night. Also, the girl said that she would accept any sentence, which will make her court and leave all the punishment that awaits her. The girl extended the term of arrest for another two months, and postponed the meeting with the final outcome.

Recall that in late November, in Kharkov, Lexus driving through a red light at high speed, collided with, which started the movement to yellow – VW. As a result of this collision, Lexus suffered to the crosswalk and the sidewalk where people were standing. “Lexus” knocked down and pinned to the wall 6. All six victims died. Two died on the spot, for the lives of four more people long and diligently fought the doctors. However, to save anyone failed.