The FC Barcelona files a complaint against Neymar 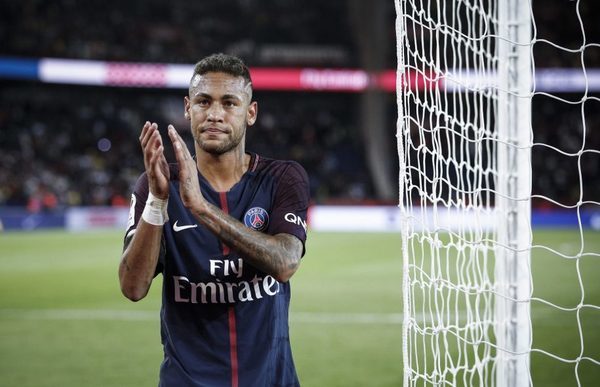 Barcelona — The FC Barcelona announced on Tuesday have filed a complaint against Neymar in front of a Spanish court for breach of contract and claims the restitution of a portion of a premium that is affected by the brazilian striker, was transferred early in August to Paris SG, as well as 8.5 million euros (12,54 million dollars) in damages, the PSG deploring the attitude of the Barça.

This complaint illustrates the arm wrestling initiated by Barça and Neymar on the subject of premiums negotiated by both parties at the time of the signing of a new lease in the summer of 2016 : ever since the resounding transfer of the Brazilian to PSG three weeks ago, the catalan club is unwilling to pay a premium of 26 million euros ($38.4 million) promised to the player.

“The club claims the player, the part that has already paid corresponding to the premium of extension of contract, due to non-compliance with such contract ; and 8.5 million euros in respect of damages ; and 10 % additional to the interest” of late, has reacted to FC Barcelona.

On Tuesday evening, the PSG has ” again regretted the attitude of the FC Barcelona “, the parisian club ensuring, as his new player, ” strictly complied with all the applicable laws and regulations “. PSG made particular reference to the obstruction of the Barça for the delivery of the international certificate of transfer just before the legal limit of seven days.

A little earlier, the clan Neymar has expressed his “surprise” in a statement from the company NN Consultaria, which represents its interests : “This news was received with surprise in the extent to which Neymar has complied in full with the contract in force at the time. “

“In respect of premiums for the signing of the contract in 2016, stipulated by the contract and not paid by the FC Barcelona, [Neymar] has already started the formal procedure before the competent court “, adds NN Consultaria.