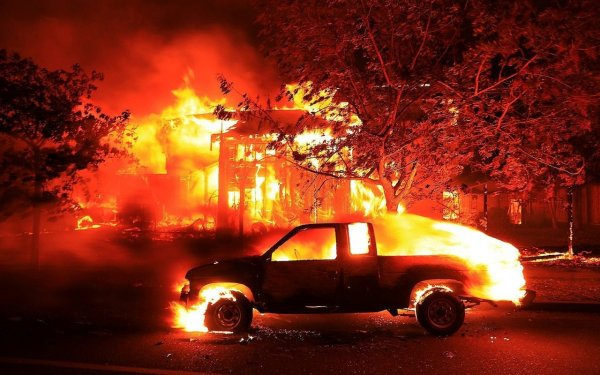 The Governor of California Jerry brown said that the strongest destructive fires in the territory entrusted to him become the “new normal”. He said that such disasters can take place almost every year.

The head of state does not forget about the financial losses from such fires and casualties that fires can cause. Brown estimated estimated damage in billions of dollars.

Suppression of fires and liquidation of consequences of elements engage thousands of firefighters, and brown notes that similar disasters will have to face regularly. In this regard, the Governor of California criticized the President trump. Brown said the American leader of the US withdrawal from the climate agreement, reports Version.Info. The Governor emphasizes that California burn, literally. The reason for this is, according to him, climate change.

Dry and windy weather contributes to the rapid growth of the fire. In the best American tradition, the most massive fire was assigned a proper name. Fire “Thomas” destroyed an area of about 60 thousand hectares, which is equal to the square of Chicago.