The Impact may not suffer defeat against Minnesota United 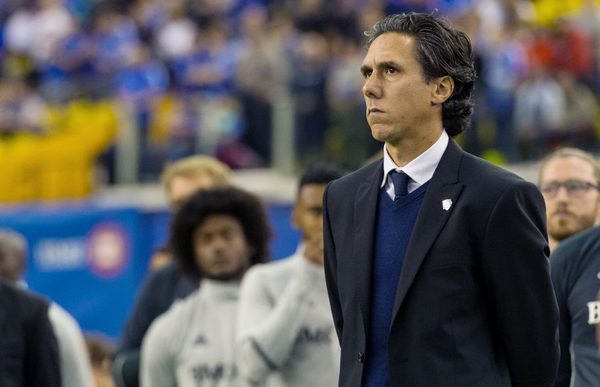 The Montreal Impact should play with the energy of despair. Five points of a place in the playoffs with seven games remaining, a win is vital on Saturday night, when the team will host the modest Minnesota United at stade Saputo.

“It really is a game where we need to be hungry and not give them any chance,” said coach Mauro Biello. We need to approach this game with the right approach, the right attitude. “

The Impact (10-11-6) has placed itself in this precarious position, when, after a sequence of four victories, he has suffered three defeats in a row — setbacks at home 3-1 and 1-0, respectively, Toronto and Chicago — followed by a defeat of 1-0 last week in New England.

Get out of this mess will not be easy, especially with two away games against Toronto, holder of the first rank, starting with the one next week at BMO Field. The Impact will play just three of their last seven home games. But if there are easy points to get in the MLS, it is against Minnesota (7-15-5). The club expansion is in 10th position out of 11 teams in the Western conference and will play for the second time in four days after a 3-0 loss in the face of the Whitecaps in Vancouver on Wednesday.

Playing at Saputo stadium, essentially with a team in good health and a high level of motivation, is only to the advantage of Montreal. Any other result than a win would almost hopes of a fourth presence in the playoffs in six seasons in MLS.

“It is always difficult in this league, has warned Biello. They [Minnesota] were competitive in every game. There are quality players within this training, of which we must be wary. This is their first year, but we will focus on what we need to do to get the three points. We know that this will not be easy against a team who comes here with the objective of trying to rob us of points. “

The formation of the Minnesota includes the former midfielders of the Impact Johan Venegas and Collen Warner, and she put the hand on a player who has already given a really hard time in Montreal — midfielder Ethan Finlay — Columbus, oh, August 9.

Minnesota has a record of 1-9-2 on the outside this season, his only success being a 2-1 victory in Chicago on August 26.

The club has conceded a top league, 56 goals in 27 matches. At its first two meetings, it received setback of 5-1 and 6-1, and has surrendered four or more goals on four occasions.

What make you drool for scorers like Anthony Jackson-Hamel, who has obtained a vote of confidence in the form of a contract extension two years ago this week.

“I always prepare the same way for each team, insisted Jackson-Hamel. I always want to put the ball in the net, regardless of the identity of our opponent. We need the three points. “

The Impact is deprived of the striker Matteo Mancosu, who missed a second game because of a invoice of the hand. The Italian trains with a plaster and we expect his return next week.

The attacker Ballou Tabla should be available after you have fought the symptoms of the flu earlier this week.