The international campaign to prohibit the use of nuclear weapons, received the Nobel prize 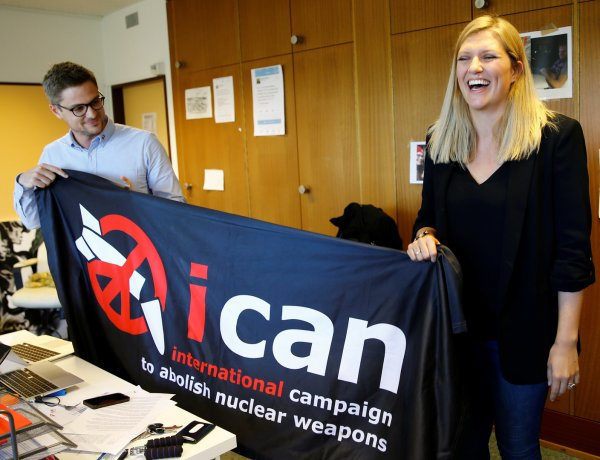 ICAN is a campaign created in 2007 to support the ratification of the Treaty between the two countries banning the use of nuclear weapons, received the Nobel Peace prize. The award ceremony took place in Oslo, Norway.

The city hall of Oslo held an event on awarding of Nobel laureates. This year’s Nobel Peace prize was awarded to the ICAN campaign, which for 10 years has supported and followed by honest implementation of the Treaty on the prohibition of the use of nuclear weapons by all countries of the world. A campaign headed by its permanent President, Beatrice Finn, and the woman who survived the bombing of Hiroshima, Setsuko, Terlo, which to date, already 75 years old. The company, in addition to the award, received a cash award in the amount of 1.2 million dollars.

The ICAN award presented for his contribution and efforts in achieving a ban on the use of nuclear weapons in the world.