The IOC expects decisions to be made in November 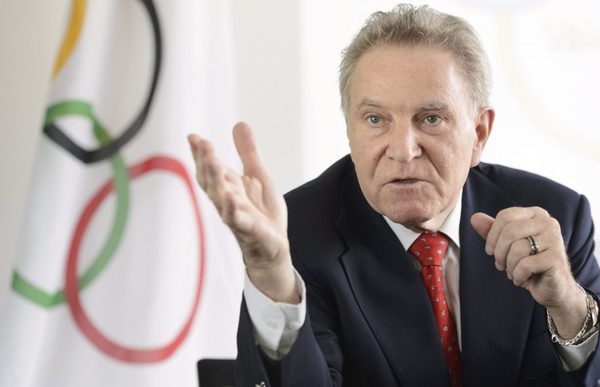 The investigators of the international olympic Committee (IOC) expect that “a few” cases of doping involving Russian Sochi olympics are resolved towards the end of the month of November, but they did not intend to establish if these athletes are able to participate in the winter olympics of Pyeongchang in 2018.

Denis Oswald has said that, of the 28 cases in which his or her commission is in charge of the review, priority was given to athletes who aim at a participation in the next winter Games, in Pyeongchang. Among these, six casters, of which the temporary suspension should end on 31 October.

Oswald also stated that the Board will decide on the results of these athletes in Sochi, but not on their eligibility for Pyeongchang. It will be up to their sports federations to decide on this aspect. The IOC had taken a similar decision before the olympic Games in Rio de Janeiro last year, leading to decisions last-minute and in complex cases ; in the end, 300 Russians were involved.

This decision is disappointing for many of the leaders of the anti-doping movement who have asked the IOC to ban Russia from participating in the Games to Pyeongchang.

“The IOC should not once more put the burden of the decision on eligibility, [as well as the pressure and the risk of error] on the shoulders of the international federations, and this, at the last minute,” said Joseph de Pencier, president-director general of the Institute of national anti-doping organizations, of which 37 of them have required the prohibition of participation of Russia in the olympic games.

At the end of the day Thursday, the canadian olympic Committee (COC) has also reiterated its call for a ban to Russia to participate in the Games to Pyeongchang.

“Following a meeting of its board of directors, the end of last week, the COC has once again asked [Thursday] to the IOC to impose sanctions that are immediate and meaningful to the Russian olympic Committee (ROC) as well as the sports leaders and athletes of Russia, in accordance with the conclusions of the report by McLaren on the doping systemic supported by the State “, could we read in the press release.

Another committee of the IOC analysis of the doping scandal in Russia as a whole, and the results of this investigation may have consequences on the eligibility of countries to participate in the olympic games. That being said, these two groups act according to the information contained in the report McLaren, whose first part was released in July 2016.

Explaining the modus operandi, Oswald wrote that, given that the ploy of Russian involve the exchange of urine specimens contaminated by ” own “, it took time to adapt the method of verification samples that have been exchanged — including identifying marks on the containers that have been opened and then resealed.

A Symposium in Calgary

In his desire to serve as a catalyst for positive change for a clean sport, and to foster a broader discussion on anti-doping, the COC will hold a Symposium on sports ethics, on the 24th of November, in Calgary. The member countries of the olympic movement and around the world are invited to join and participate in this important discussion. This symposium will bring together international leaders in the field of clean sport and anti-doping and will lay the foundations for a concerted intervention in order to defend and promote a clean sport and ethics.