The Israeli army destroyed a tunnel from Gaza dug by militants 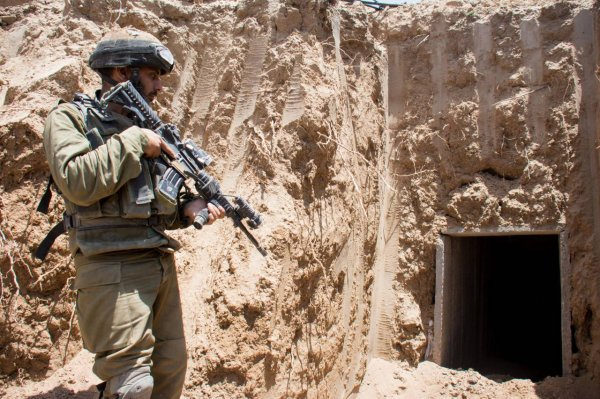 The Israeli army destroyed a tunnel dug by Palestinian militants. A month and a half is a second tunnel through which Palestinians from Gaza trying to infiltrate into Israel. Information shared with the journalists the representative of the Israeli military command.

According to him, this time the destruction of the tunnel passed no casualties on the Palestinian side. Upon liquidation of the tunnel on 30 October under the ground killed 12 militants from two major factions. This time the representatives of the enclave tried to enter the territory of the Jewish state from the city of Khan Younis, which is located in the heart of the Gaza strip. Spokesperson of the Israeli army Jonathan Cancrinus said that the underground trench stretches for hundreds of meters into the territory of the Israelites.