The most absurd myths about sex that people really believed 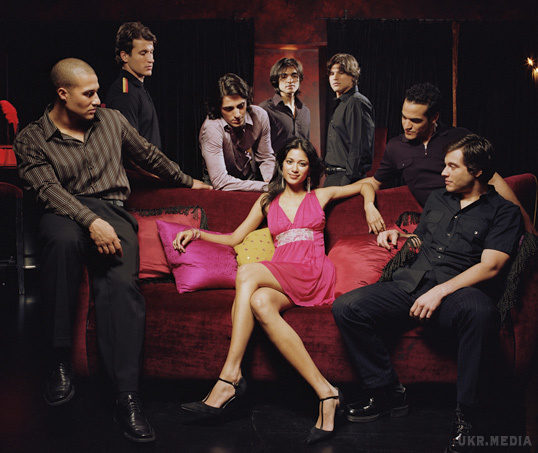 The most absurd myths about sex that people really believed
Before scientists were able to explain the “white spots” in the history of sex, they made mistakes.

A lot of mistakes. Sometimes their assumptions were so absurd that the height of today’s knowledge it is hard to believe that someone really think that’s true.

One of the most, in General, “innocent” myths about sex dates back to the times of the ancient Romans. It was believed that if a woman doesn’t orgasm during sex, then conception has not occurred, and the child she gives birth, reports Rus.Media.

One of the most ardent supporters of this theory was Claudius Galen, a Roman physician, surgeon and philosopher. If you believe the Galena, people refer to the top of the food chain because they produce “life-giving warmth” of their bodies and this internal heat in men and women is the key to pregnancy.

Galen believed that sperm is not only in men but also in women (he said simply “seeds”), and internal heat appears when people have sex. During this process, they “mix their seed, the animate matter, and create a new life.” But that sex needs to be good — body in this case will be “heavy and hot”.

Myth # 2: all sexual partners of the women affect her future offspring

During the time of the violation of any genetic research in the USSR telegonia was recognized as the most likely theory, and even now there are people who believe that all the partners of the women affect her children. Of course, this myth is completely contrary to common sense.

In all mammals, each sperm and each egg cell contains two single chromosomes. In the process of fertilization, the zygote with a double set of chromosomes: half the genetic material inherited from mother and half from father.

The myth of telegony contradicts current knowledge about the genetics and reproduction.

This wild myth has led to one of the most painful and barbaric practices that have ever existed in China. A custom practiced from the beginning X to beginning of XX century. Little girls with a piece of cloth was tied to the foot all the fingers except the thumb, and forced to walk in the shoes of a much smaller size, not allowing the foot to grow. The size of the foot depended on how the girl will be an enviable bride.

Women with deformed feet, tried not to transfer body weight on socks, preferring to step on the heel. Therefore, their gait was cautious and unsteady. Marco Polo (1254-1324) wrote that the step length of the Chinese does not exceed half a finger. A perfect foot should not exceed 7 inches in length, such feet were called “Golden lotuses”.

Deformed feet were considered simultaneously and guarantee women’s virginity, women’s sexuality. When the foot is atrophied, the majority of the load had on hip why they become swollen and men perceived them as “plump and voluptuous”. Furthermore, men believed that clumsy swaying gait strengthens muscles of the vagina: pain causes persistent muscle spasms, making the vagina narrower. Some people thought that touching the foot excites a woman.

Only in 1949, when came to power the Communists, they managed to achieve a total ban on foot binding.

Myth # 4: a clitoral orgasm is a sign of immaturity

The father of psychoanalysis, Freud was convinced (and convinced others) that the failure of women to have vaginal orgasm is not that other, as a sign of immaturity. Freud believed that once a woman reaches puberty, her sensibility, “goes” from the clitoris to the vagina, and if the lady is unable to achieve orgasm without clitoral stimulation, she was the victim of childhood trauma, which did not allow for her to grow up harmoniously.

Not difficult to guess, women suffered greatly from such theories seriously and tried to “recover”.

Myth # 5: women have sex with women with… huge clitoris!

Since the time of Ancient Greece until the twentieth century around the female sex was around a lot of myths. The people of the ancient world believed that the “dominant” lesbian, whom they called “tribecca”, equipped better than any man. The only difference is that during sex with other women instead of your penis, she uses a huge Clit.

The description of these acts were found even in quite serious medical texts.

Myth # 6: sex during pregnancy leads to malformations in the fetus

In different cultures the period of menstruation were considered “unclean” woman. To have sex at this time was dangerous. According to the book “the Curse: a cultural history of menstruation”, the French believed that a child conceived during this sex, will be “weak, listless and dying, prone to many diseases.”

The problem is that before people didn’t know that.