The most popular professions of the future 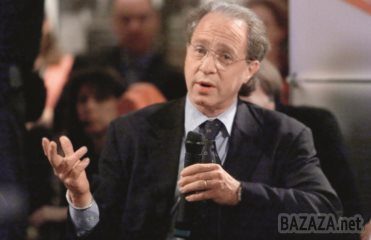 30-year-old Anastasia from Kiev Trum, a mother of two young children, believes that to start thinking about a future profession for their children parents should as early as possible. “I found the USSR, when children dreamed of becoming astronauts, firefighters and police officers – laughing Anastasia. – When I was in high school, the guys wanted to become racketeers or bankers, and the girls are models or currency prostitutes”. When Anastasia entered the Institute, youth were full of lawyers, financiers, interpreters and doctors. A few years ago, watching as I finished school and entered the Institute her niece, she was surprised to learn that now in the price programmers, IT specialists and marketers.

What will happen in 10-15 years, when will come her children, Anastasia thought, upon hearing the news that a group of American futurists have created a ranking of the most popular professions of the future. Corporate disorganization, trader alternative currencies – these and other frightening names that sound predictions of futurists, yet very few people talking about something.

“Parents need to carefully evaluate what future for their children and adjust their parenting, even if some things seem savagery,” the American psychologist Frederick Larson.

The study, whose results have forced millions of parents around the world to think about whether they are raising children, was conducted by analysts of the American research firm Sparks &Honey.

Interviewing experts and analyzing economic forecasts, scientists have made a rating of 20 most popular professions of the next decade.

“More than 60% of these specialties do not yet exist,” – says one of the study’s authors futurist Thomas Frey. And not always we are talking about the professions connected with high technologies. For example, in the first place in its ranking of analysts Sparks &amp; Honey put consultants on performance. Specialty at the intersection of management, marketing, HR and Economics will appear in the near future, scientists believe.

Another profession which futurologists predict a bright future – corporate disorganization. Many large companies go through periods of stagnation, to deal with that will be specially trained people. Their task is to create the atmosphere of a startup and even of organized chaos, the fashion for which is introduced recently IT companies such as Google and Valve.

The economy is at the crossroads of information technology will generate another new profession: trader alternative currencies. “The growth in popularity of cryptocurrencies such as bitcoin and its competitors, new branch of financial management and investment”, – says columnist for the British Telegraph Alan Tova.

The surge in popularity of social networks will lead to the emergence of professions that could be represented only in the pages of fantastic novels. The experts at Sparks &Honey predicts that the next decade will become a popular specialty is managing the accounts in social networks after the death of the owners of the previously left instructions. Today there are the first companies that offer such services. Soon, the profession will become as commonplace as today the lawyer or notary.

Another profession of the future – a personal digital curator. These professionals will help navigate the informational chaos of the Internet. The task of the curators is to make the customer’s set of applications and information resources.

Total Internet penetration today is causing many psychological problems. To deal with them will help specialists in the treatment network and the gadget-dependency. As architects of virtual reality, one needs not only skills in programming and design, but also knowledge of architecture and engineering craft. The only way you can create virtual objects that did not concede to the veracity of the real.

“In 1900, speaking before the audience, the futurist would have to speak about the profession of the future with the phrase that a third of those present working in the factories, and another third on farms, says futurist Raymond Kurzweil. In 2000, the same speech already would include figures of 3% and 3%”.

In both cases, he adds, answering the question of what the profession will soon be the most popular, futurist had to answer: those that do not yet exist. It is difficult to predict how it will develop the next industrial revolution and what new professions will emerge with the next technological breakthroughs, says Kurzweil. The rating of Sparks &Honey, there are at least two such professions. The proliferation of drones – small, unmanned aircraft in the coming years will make a revolution in the field of deliveries. The head of the largest U.S. Internet shop Amazon Jeff Bezos believes that in a few years almost all small delivery (well most of them) will not be implemented by land transport, and with the help of drones. Them someone needs to manage, and this activity will become no less common than it is today, the profession of driver.

A great innovation, 3D printing also provoke the emergence of a new profession. Experts of 3D printing will create the templates on which the holders of three-dimensional printers will be able to produce products at home. And the specialists-printers – assemble-to-order products that are too complicated for home 3D printers.