The mysterious disappearance of Karine Major 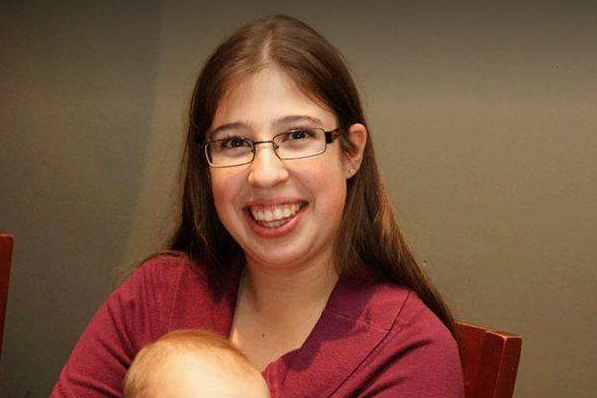 A young chemist from Boisbriand has missed the call since Tuesday, in the Bas-Saint-Laurent. Karine Major, 26, was last seen at her home in St. Joseph Street, Rimouski. The Sûreté du Québec (SQ) has no track and her family is convinced that she is not a part of her own free will. But where is she?

“I have been placing signs for four days. I said to myself: “Is not it true that I’m doing this? Is not it true that I hang up search notices with my sister’s photo?” You can see that in movies. On TV. I think we talk about it everywhere. We’ll find her. But no. We do not find it … ”

Annie Major tries to remain strong, to be the mainstay of the family, which collaborates daily with the Sûreté du Québec, which coordinates research in addition to managing all media demands for a week. But on the other end of the line, his voice quickly betrays his exhaustion and the anguish that has been tearing his family since Tuesday, since his little sister gave a sign of life for the last time.

“I just spent three hours at the police station. We received a lot of public information. Investigators validate them one by one. But nothing emerges. Nothing, “she summed up last night.

Volatilized between home and work

Karine Major moved to Rimouski with her boyfriend after graduating from the University of Sherbrooke a little over a year ago. The chemist found a job in Amqui where she did research on pulp and paper residues. On Tuesday, after a grueling weekend spent in Trois-Rivières coordinating a scouting event she had organized, the young woman had to go back to work. She advised her boyfriend that she would work late because she was late. When he woke up the next day, he realized that Karine had never returned. He telephoned her job, where she was told she had not been there the night before. The nightmare began.

“The first assumption was that she had a car accident because she was tired. But it was later known that a surveillance camera had captured her an hour after she left her home, “says Annie Major.

This video reveals that a little after noon, on Tuesday, the young woman went to an automated teller machine of Rimouski.

“She looks distressed. She looks out, over her shoulder. She takes breaks. She looks directly at the camera at the counter. Nobody can tell me she’s okay, it’s a normal transaction. Something is wrong, reports his sister. I do not think she left of her own free will. Sure, I, who know her very well, is not the scenario I prefer. ”

Karine is a reserved young woman who leads a tidy life. It rarely drinks, only comes out occasionally. She said she was happy in her work and in her married life, according to her sister, in whose eyes the hypothesis of a double life appears completely foolish. After four days of research, all the scenarios are still on the table.

The Cellular of Hope

Thursday, a signal would have been issued by the cell phone of the missing near Cacouna, about a hundred kilometers from her home. Information given by the family that the Sûreté du Québec does not confirm. However, on Friday, the investigation was transferred to the SQ’s Major Crimes Division and a helicopter flew over the Cacouna area from one end to the other.

“When it goes beyond a certain amount of time or some evidence shows a degree of complexity on the record, it is transferred to investigators for whom there are no borders. If it moves, we can then extend our nets. It does not mean that there is a crime necessarily, “said Daniel Thibodeau, spokesman for the SQ, who reiterated last night that no hypothesis had yet emerged.

The young woman was traveling in a Nissan Micra 2015 hatchback, a red four-door, K23 GZY. The car remains as untraceable as its owner.

“This self can not disappear,” convinces his brother, Alain Major. “Someone is going to see her at some point, will open a garage and recognize her. We want the photo of his car to circulate as much as possible, that it marks the minds of people. From there, we would have at least one track, “continues Alain Major, who does not hide his anguish as the hours go by.

“I speak to you and I tremble,” he confesses. But we always have hope. As thin as it is, it is still there. ”

Anyone with information about this history can contact the Sûreté du Québec Criminal Intelligence Unit anonymously and confidentially at 1 800 659-4264.

After spending nearly eight years in federal prison after his conviction on corruption charges, Rod Blagojevich strolled out of prison ...