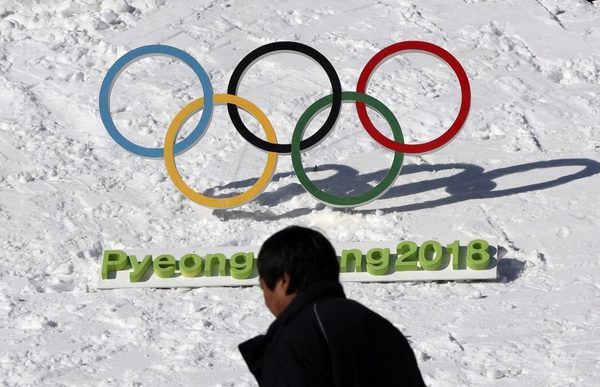 Photo: Lee Jin-man the Associated Press
There are not more than five months before the opening ceremony of the olympic winter Games in Pyeongchang.

Los Angeles — Ten-seven national anti-doping agencies claimed Thursday that the exclusion of Russia of the olympics-2018 in Pyeongchang (9 to 25 February) because of his involvement in ” one of the biggest doping scandals in the sport’s history “.

In a communiqué issued at the end of a two-day meeting in Denver, the leaders of 17 national agencies, including the United States, France, Germany and Great Britain, felt that ” the olympic games-2018 were threatened by a crisis of doping “.

“Managers and sports organisations of a country should not receive accreditations for the olympics when they violate intentionally the regulatory and rob clean athletes,” they stated, in reference to the olympics in Sochi in 2014, where the Russian authorities had put in place, with the help of the secret services, a system allowing their athletes to use doping not to have a positive result during the tests.

They are calling on international bodies to enact, like the international athletics Federation (IAAF) and the criteria for the athletes the russians to participate in the olympic games-2018 “independent and neutral” when they are subject to serious protocols of anti-doping controls.

The leaders of these 17 national agencies have also criticized with virulence the international olympic Committee (IOC) : “The IOC must stop having a behavior to wait and see and take meaningful sanctions,” they estimated.

“We have the greatest doubts on the fact that the games of 2018 will be unique because of the investigation incomplete conducted on the doping case of individual sports the russians during the olympics 2014 in Sochi and the controls in place for the Russian athletes in the past four years,” warned the signatories of this text.

To five months of the appointment of Pyeongchang, ” the time for action is now, athletes who want results and not just words “, they concluded.

Russia has put in place a system of doping State, as revealed by the report of McLaren, which had led some of the international federations to deprive Russian athletes of the olympic games 2016 in Rio.

The international paralympic Committee (IPC), which had deprived it of all Russian athletes at the paralympic Games of 2016, announced on Wednesday that the paralympic athletes or Russian are allowed to compete in some qualifying events for the 2018 olympic games under the flag neutral, while maintaining the suspension of Russia at least until November.