The number of victims of explosion in Kabul has exceeded one hundred people In the World : Vladim 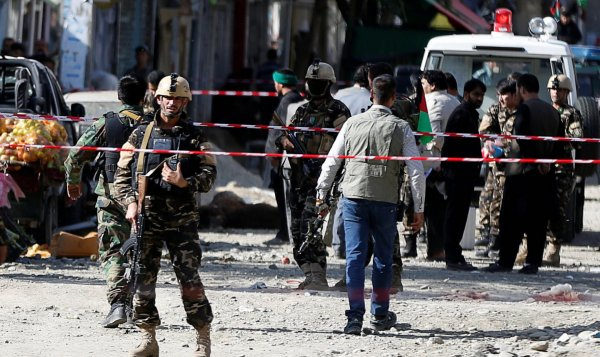 In the government district of the Afghan capital Kabul explosion occurred the vehicle. The incident led to the fact that injured 110 people. At the moment we have about 17 dead.

It is reported that was booby-trapped ambulance. The car exploded just at the checkpoint in one of the districts of Kabul. Information about the dead and injured said the Afghan Ministry of health. Representatives of the Ministry stressed that in this moment there is only about 110 injured, but patients continue to drive, so the data can be adjusted upward. It is noted that the responsibility for the organization and implementation of the blast took the terrorist group “Taliban”*, is prohibited in the Russian Federation.

The Russian Embassy has not confirmed data about the fact that among the victims were citizens of Russia. The press attache of the Russian Embassy in Afghanistan Alexey Kosarev said that they were not informed about Russian citizens who suffered from the explosion.