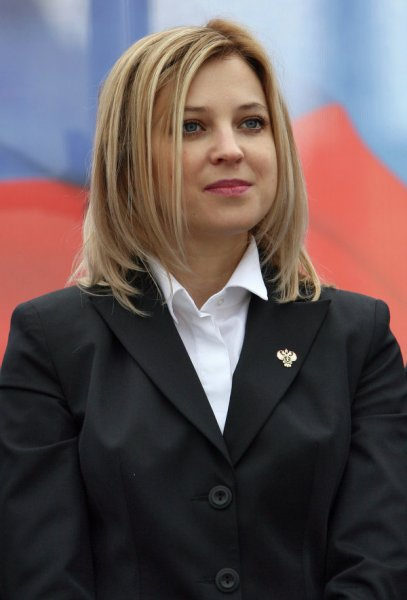 Pravoohranitelnye authorities sent to check the picture of Denis Lopatin. The case against him, the interior Ministry decided not to in fact bring cartoons Poklonskaya.

Kamchatka police did not open a criminal case on insulting the feelings of believers because of the pattern on Natalia Polonskaya and Russian Tsar Nicholas II, but a caricature of local artist Denis Lopatin police will send for examination. The poster was not as the subject of the exhibition, and was located in a separate locked room, before it was used on the picket in defense of film “Matilda” in one of the cities of the Far East.

Earlier, the police received two statements about the alleged insult of feelings of believers in the exhibition Lopatin. Applicants excited to be a caricature of the Deputy of the state Duma Natalia Polonskaya and the last Russian Emperor Romanov Nicholas II.

They refused to open a criminal case in connection with the incident, as it had no grounds. The above-mentioned examination can take place outside of the Kamchatka region, a criminal case can be initiated, if required the test results of figure Lopatin.