The president of the brazilian olympic Committee arrested for corruption 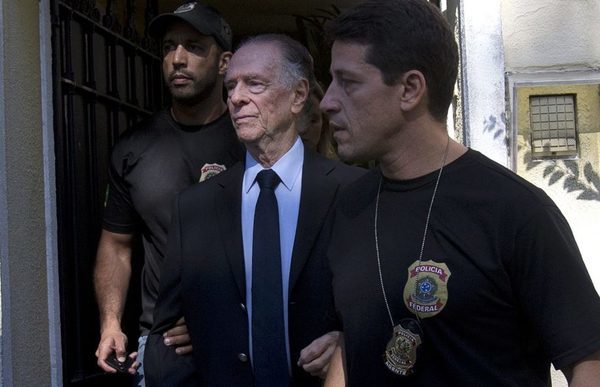 Photo: Silvia Izquierdo, Associated Press
Carlos Nuzman, president of the brazilian olympic Committee, at the time of his arrest on 5 October

The president of the brazilian olympic Committee, was arrested Thursday while he is the subject of an investigation for corruption. Nuzman is suspected of having bought votes to get the olympics in Rio de Janeiro.

Carlos Nuzman, who is also an honorary member of the international olympic Committee, was questioned by the brazilian authorities and the French last month. They claim that it has been at the heart of a misappropriation of US $2 million to Lamine Diack, a former IOC member of Senegal, who has helped secure votes for Rio de Janeiro in view of the 2009 election.

On Thursday, the police said that Nuzman will be detained because investigators discovered that he had attempted to interfere with their investigation by attempting to regularize certain assets acquired with dirty money. About two weeks after his interrogation, initial, Nuzman has amended its reporting of revenues to add about $ 600,000, according to the arrest warrant.

The investigators have also seized a key that they believe is connected to a safety deposit box in Switzerland, which would contain gold.

In his last 10 years at the head of the brazilian committee, his net worth has increased by 457 %, according to investigators.

Leonardo Gryner, the chief operating officer for the organising Committee of the olympic Games in Rio, was also arrested Thursday.

The brazilian authorities have stated that the negotiations to win the vote for the olympics 2016 ” akin to a criminal organization. Nuzman, 75 years, has been a key figure in the nomination of brazil.

By press release, the IOC said to offer its full cooperation to the authorities, while continuing its own investigation.