The Prime Minister of Canada arrived at MEF in socks with yellow ducks : In the World : Vladim 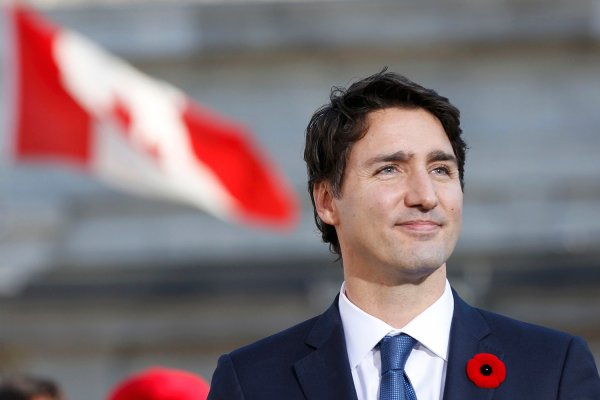 The head of the canadian government, Justin Trudeau attended the international economic forum in Davos, wearing purple socks with yellow ducks on it. Such clothing policy sparked discussion on the Internet.

Fun socks Trudeau has attracted interest from users of the Network. In the event the canadian Prime Minister arrived in socks, which shows yellow ducks. It can also be noted that the accessory Trudeau often attracts the attention of journalists. For example, recently the Chairman of the government of Canada participated in the forum by selecting for blue socks. In the early autumn of last year, the politician met with the head of the IMF Christine Lagarde in the United States in socks with the image of famous cinematic character Chewbacca from the epic “Star wars.”