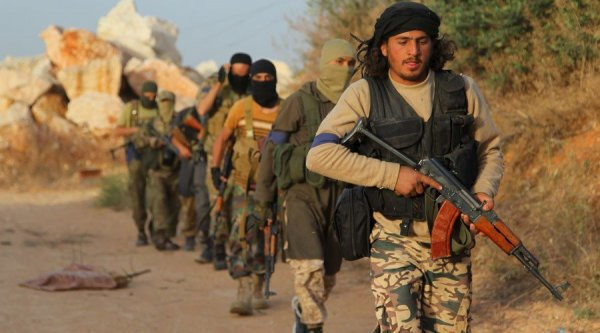 Representatives of the defense Ministry said that American military instructors are training new terrorists for subversive activities in Syria. New units are formed of militants, remaining after the defeat of the extremist group “Islamic state”* banned in Russia and several other countries.

In the center of the reconciliation of the warring parties were informed that the coalition forces headed by the US, negotiating with the remnants of the group. American instructors are busy creating “New Syrian army” to fight against the regime of Bashar al-Assad. It is noted that the training is conducted in a special center at the refugee camp, and engaged in the process of teaching military special operations Forces.

In the Center clarify that the refugee camp for entirely other purposes, the members of the coalition have been used for over six months. At the moment there is almost 750 fighters, 400 of them – are terrorists of the banned in Russia ISIS*. Relevant information to the staff of the Center provided a peaceful Syrians who have returned to liberated areas.