The scientist said that he expects Tesla in space 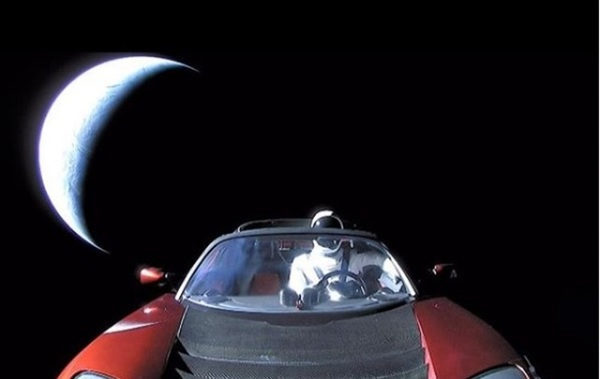 The scientist said that he expects Tesla in space
Car Elon musk is unlikely to avoid a collision with objects in space, but even if he is not completely gone, eventually the radiation will destroy.

American chemist William Carroll of Indiana University in the US reported that the Tesla Roadster, was launched into space by the SpaceX company, even if to avoid collision with large space objects, will be destroyed by the radiation. This writes LiveScience, reports Rus.Media.

The scientist recalled that the surface of our planet, in contrast to outer space, protected from cosmic radiation and the sun’s magnetic field and atmosphere.

According to him, if the car will be able to avoid any serious collisions, it is unlikely that he will not face chromadoridae and other space debris. But even if we assume that the clashes he’s not completely gone, its in the end all the same will destroy the radiation.

“In space, all organic compounds will be exposed to the damaging effects of different types of radiation,” says the chemist.

Carroll notes that are sent to Mars with Tesla to organic is the frame made of carbon fiber and plastic parts. According to the scientist, cosmic radiation will lead to the fact that the car starts to fall apart.

“In such circumstances, I would not have taken these items and years,” said Carroll.

Chemist Richard Sachleben generally confirmed the assumption of Carroll, but expressed confidence that even after many years, a capsule with a vehicle will be detected somewhere in space.